The protests triggered by Ms Amini’s death after she was detained by morality police for attire deemed inappropriate under Iran’s strict Islamic dress code quickly spread all over Iran. 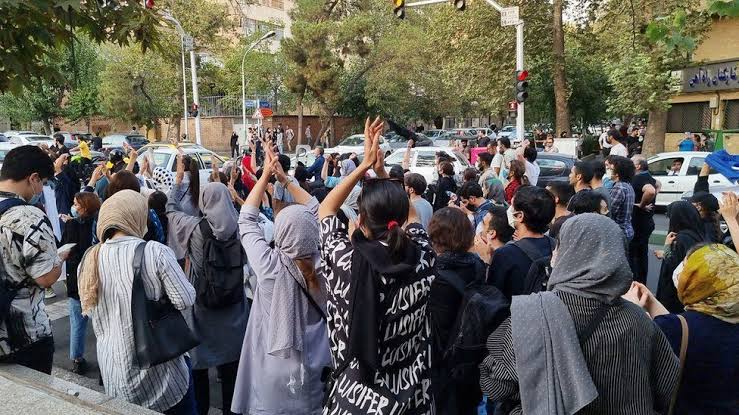 Around 50 police have been killed in the protests shaking Iran since September, the deputy foreign minister said on Thursday, giving a first official death toll amid an intensified crackdown on Kurdish areas in recent days.

Iranian security forces have clashed with protesters across the country, with the UN rights commission saying more than 300 demonstrators have been killed since the death in custody of 22-year-old Kurdish woman Mahsa Amini on September 16.

She was placed in detention where she was beaten into a coma and died three days later on September 16.

Since then, an uprising of protests has taken place in solidarity with Mahsa Amini.

Ms Amini, 22, was arrested in Tehran for “improperly” wearing her hijab.

He was speaking ahead of a special session in Geneva with a possible vote on setting up a fact-finding mission.

“Around 50 police officers were killed during the protests and hundreds were injured,” said Iran’s deputy foreign minister Ali Bagheri Kani, who is also Iran’s chief nuclear negotiator, in an interview on Indian television.

He gave no figure for the number of protesters killed but said the Interior Ministry had formed a panel to investigate the deaths.

Iranian state media reported last month that 46 security forces had been killed but without citing officials.

The protests triggered by Ms Amini’s death after she was detained by morality police for attire deemed inappropriate under Iran’s strict Islamic dress code quickly spread all over Iran.

Anger has focused on women’s rights but protesters have also called for the fall of Supreme Leader Ayatollah Ali Khamenei.

Iran’s clerical rulers have recently hardened the crackdown in Kurdish areas, with the UN Commissioner for Human Rights spokesperson Jeremy Laurence saying on Tuesday there were reports of more than 40 killed there over the past week.

A parliament member from the mainly Kurdish city of Mahabad said he had been issued repeated summons by the judiciary for his stance in support of protesters.

“The judiciary has raised a complaint against me as a representative of the mourning people instead of conserving the legal rights of the protesting people and the families of victims in Mahabad and Kurdish cities,” Jalal Mahmoudzadeh tweeted on Wednesday.

Prominent Sunni Muslim cleric Molavi Abdulhamid, who has been outspoken in criticising the treatment of Iran’s mostly Sunni ethnic minorities by the mainly Shi’ite ruling elite, tweeted on Wednesday against the crackdown in Kurdish areas.

“The dear Kurds of Iran have endured many sufferings such as severe ethnic discrimination, severe religious pressure, poverty, and economic hardships. Is it just to respond to their protest with war bullets?” tweeted Mr Molavi.

The United States has sanctioned three Iranian security officials over the crackdown in Kurdish-majority areas, the Treasury Department said on Wednesday.