No government official can steal public funds without the knowledge of the accountant. 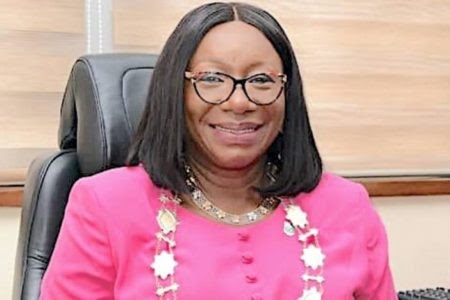 The Institute of Chartered Accountants of Nigeria (ICAN), have accused accountants of aiding the rising spate of corruption among public office holders in Nigeria.

Dr Benard Alkali, the Chairman of ICAN, Jos chapter and District Society in Plateau, said this shortly after he was sworn-in on Friday in Jos.

According to Mr Alkali, a lecturer with the University of Jos, no government official can steal public funds without the knowledge of the accountant.

He said that corruption would drastically reduce in Nigeria if accountants decide to do the right thing.

“Corruption is one of the biggest challenges facing this country today. As I speak, our inflation rate is at about 18.7 per cent. This simply means that our economy is crawling.

“But corruption is not a one man show, there can be no corruption in an organisation if an accountant is not involved.

“This is why when a case of corruption in any organisation is to be investigated, it is the accountant that the anti-graft agencies will first invite for questioning.

“If accountants decide to end corruption by refusing to get involved, I tell you, this menace will stop,” he said.

Mr Alkali called on his colleagues, particularly those managing public funds, to be upright in their dealings to save the nation from further economic paralysis.

“So, my plea to all accountants, especially those who manage the finances of other people, that these finances are given in trust and should be managed diligently.

“I also implore my colleagues who are in position to sanitise this country to do their best in line with their calling to effect the desired change in order to save Nigeria from further collapse,” he urged.

The chairman promised to think outside the box and initiate programmes that would lead to the growth of the association in the state and the country in general.

He, however, called on members of the association to support and collaborate with the new executive in order to succeed.