AfDB president Akinwumi Adesina said that nine out of the 10 most vulnerable countries to climate change were in Africa. 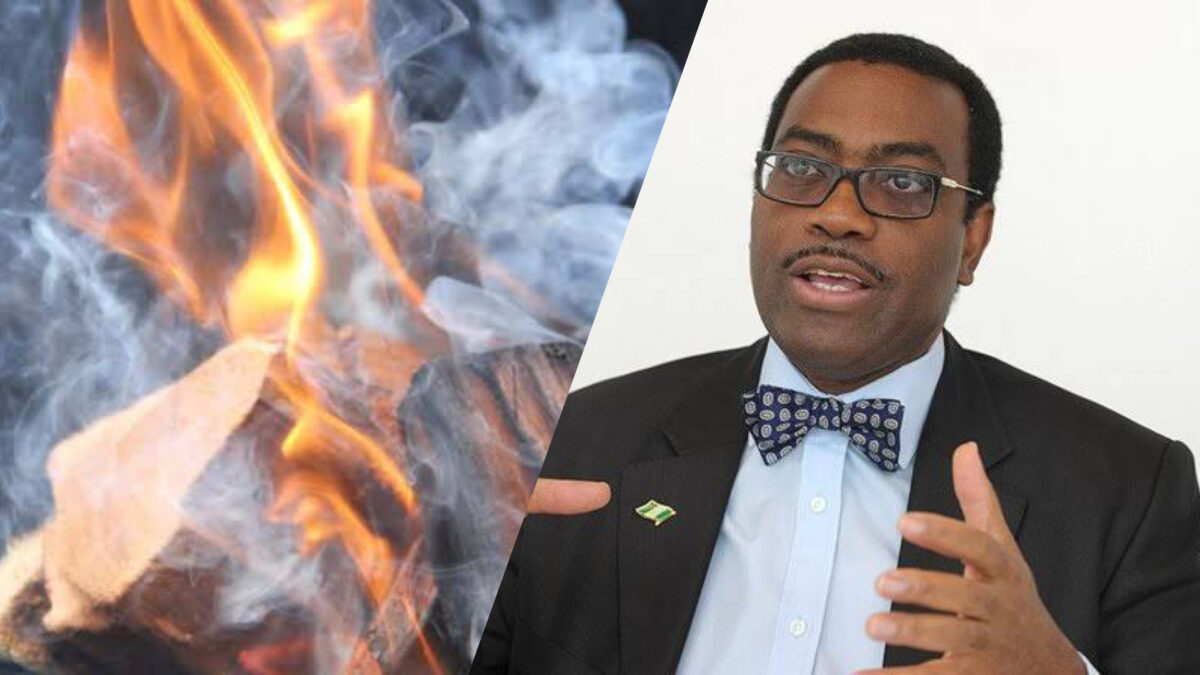 Firewood smoke and Akinwunmi Adesina used to illustrate the story

The African Development Bank (AfDB) says that Africa loses no fewer than 300,000 women and children annually to smoke from the use of firewood.

Akinwumi Adesina, the President of the AfDB Group, said this at a breakfast meeting with journalists ahead of the Bank’s Annual Meetings in Accra, Ghana on Monday.

Mr Adesina said that women were mostly affected in a bid to prepare meals for their families while children get involved trying to help their mothers.

“Africa which accounts for just four per cent of the global greenhouse gas emissions is short-changed by climate finance.

“Africa is not getting enough resources to tackle climate change. The continent gets only three per cent of total global climate finance.

“Climate financing mobilised globally falls short of Africa’s needs by 100 to127 billion dollars per year between 2020 to 2030.

“As per Paris agreement, African countries are committed to reducing their carbon emissions through energy transitions.

Mr Adesina said the continent would not rely only on renewables; rather, it needed a combination of renewables with natural gas to ensure stability and energy security.