The Nerrazuris last won the title in 2010 with former manager Jose Mourinho. 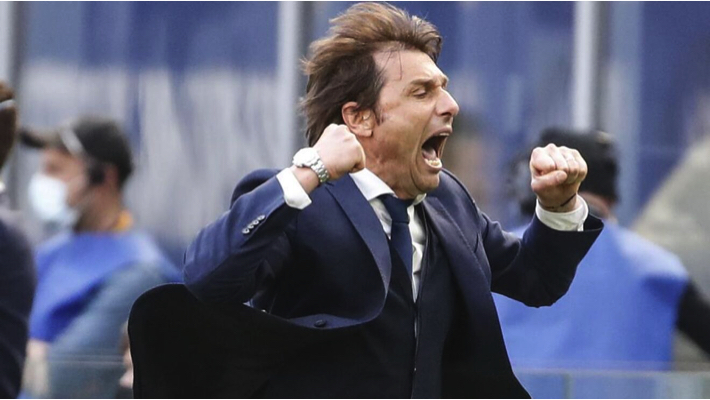 Italian Coach Antonio Conte has managed Inter Milan to their first Serie A League Trophy in ten years with even four league games to spare.

The Nerrazuris last won the title in 2010 with former manager Jose Mourinho.

The failure of Inter’s closest challenger in second position, Atalanta, to beat Sassuolo gave Inter the league title even with games left to play for the season.

Inter Milan are currently on 82 points while Atalanta are on 69 points with just four games left in the division this season.

The success of the team will be shared amongst the players but Romelu Lukaku will take a big chunk of the praises for his impressive statistics this season.

Lukaku scored the most goals (21), had the most assists (11), the most big chances created, the most shots on target and most completed dribbles per game for Inter Milan in the 2020-2021 season pushing them to winning the league.

Cristiano Ronaldo’s team, Juventus, have won the Serie A title a record nine times consecutively before this interruption by Antonio Conte’s Inter Milan.

Antonio Conte in his press interview after clinching the title described himself as a “serial winner” having won titles while with Juventus, winning the Premier League with Chelsea and now the Italian Serie A again with Inter Milan.