The NIN-SIM integration deadline was initially moved from December 30, 2020, to January 19, 2021, and later extended to February 9, and was moved again to April 6. 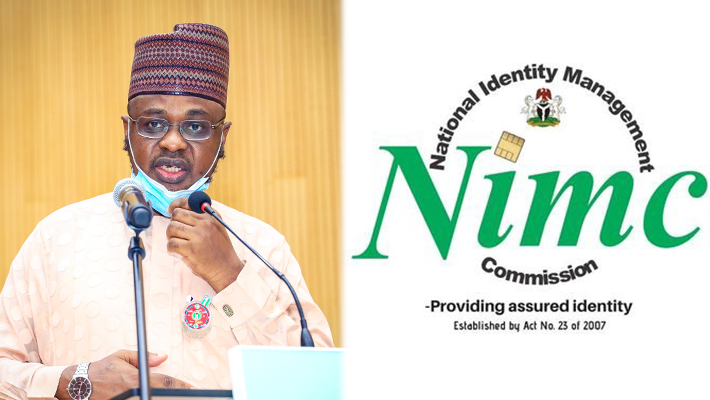 For the fourth time, the federal government has extended the deadline for linking the National Identity Numbers (NIN) to mobile phone lines.

A statement by the spokesperson for the Nigerian Communications Commission, Ikechukwu Adinde, announced May 6, 2021, as the new deadline.

The announcement was made on Friday.

Mr Adinde explained that the decision to extend the deadline was taken at a Thursday meeting chaired by Minister of Communications and Digital Economy, Isa Ali Ibrahim Pantami.

“The meeting took place on Thursday, April 1, 2021, and approval was given to extend the period of the NIN-SIM linkage to May 6, 2021. The request for the extension was presented to President Muhammadu Buhari, and he endorsed it,” said the statement.

The latest deadline followed the minister’s warning that Nigerians who failed to obtain the NIN risk heavy fines or jail term.

The NIN-SIM integration deadline was initially moved from December 30, 2020, to January 19, 2021, and later extended to February 9, and was moved again to April 6. May 6 is the latest deadline in quick succession.

The National Identity Management Commission (NIMC) had directed residents in Nigeria, including diplomats, to comply with the SIM/NIN enrolment directive or risk deactivation of their phone lines.

The directive had left many Nigerians scrambling to obtain the NIN and link it to their telephone lines to avoid deactivation by telecom operators following an initial 14-day ultimatum issued by the authorities last December.

The order came in the wake of serious public health concerns, following a surge in coronavirus cases across the country.