The attorney-general drew criticism when he exonerated the 33 officers earlier this month. 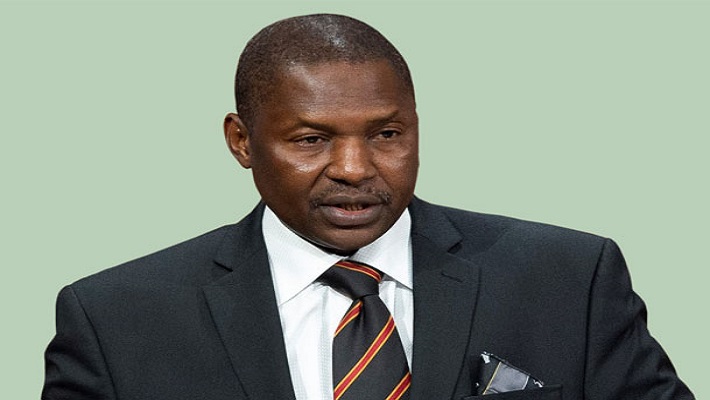 Nigeria’s national human rights body, NHRC, says the attorney-general must “do the needful” in ensuring the prosecution of 33 officers of the defunct special anti-robbery squad accused of various forms of human rights infractions.

NHRC chief Tony Ojukwu said Friday that the rights office had fortified its indictment of the embattled cops by tendering additional evidence, hence expecting the nation’s chief law officer to begin the process of bringing the accused police personnel to justice.

“Secondly, we have submitted the list of these officers, with other necessary documents to both the Police Service Commission and the inspector-general of police,”

“So, they need to do the needful. Moving forward, I expect that, once these internal procedures are tidied up, they should be able to do what they are supposed to do. This is because, as at today, we have sorted out these two obstacles identified by the AGF,” he added.

A committee set up by the attorney-general Abubakar Malami to review allegations brought against the SARS officers by a presidential investigative panel chaired by Mr. Ojukwu, had exonerated the accused cops citing lack of substantial proof against them.

The AGF’s committee also concluded that the report of the panel “does not meet prosecutorial needs” for failing to conduct proper investigation and attaching admissible evidence to the charges.

Mr. Malami’s committee’s findings drew the ire of many Nigerians, who accused the Federal Government of paying lip service to ending decades of police brutality in the country.