The strike came two days after Tigrayan forces said they were ready for a ceasefire with the federal government. 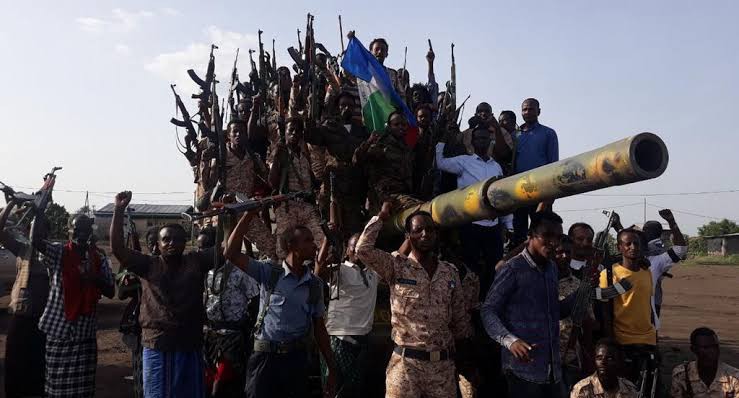 At least one person was wounded after an airstrike hit Mekelle, the capital of Ethiopia’s northern Tigray region, a hospital official said.

The strike came two days after Tigrayan forces said they were ready for a ceasefire with the federal government.

He cited a witness who arrived with a man wounded in the strike.

Getachew Reda, a spokesperson for the regional government, said on Twitter that drones had hit the business campus.

The airstrike is the third to hit Mekelle since the nearly two-year-old conflict resumed late last month after a five-month ceasefire.

Each side blames the other for the renewed fighting.

On Sunday, the Tigray People’s Liberation Front (TPLF), which governs Tigray, said it was ready for a ceasefire without preconditions and would accept an African Union-led peace process.

Diplomats described the offer as a potential breakthrough. The Ethiopian government has not officially responded.

Former President Olusegun Obasanjo, appointed as the AU’s chief mediator, met with the American envoy to the Horn of Africa region, Mike Hammer, on Monday, Djibouti’s former ambassador to Ethiopia, Mohamed Idriss Farah, who was also present, said in a tweet.

The TPLF accused Mr Abiy of centralising power at the expense of Ethiopia’s regions. The Ethiopian president denied this and accused the TPLF of trying to reclaim power, which it also denied.

Two Amhara journalists who publicly criticised the government were arrested last week, according to a police document seen by Reuters. The Amhara region, Ethiopia’s second most populous, has been a key part of Abiy’s power base.

An Ethiopian government spokesperson, the head of the Ethiopian Media Authority and a police spokesperson did not respond to requests for comment.

The Committee to Protect Journalists said last month that it had documented the arrest of at least 63 journalists and media workers since the conflict erupted.