Both sides then struggled for the winning goal but they could only settle for a one-all draw before the penalty shootout. 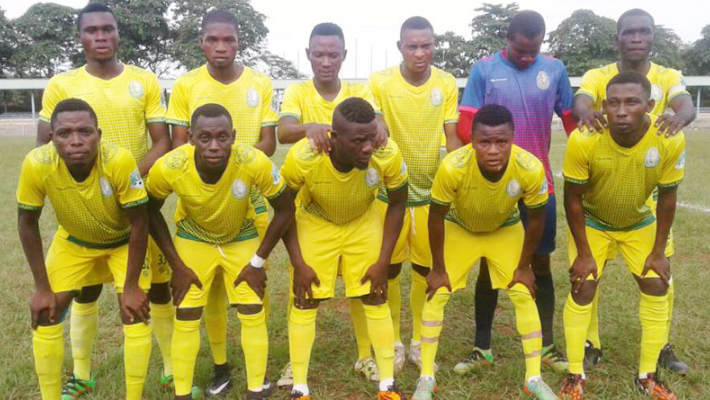 Bendel Insurance Football Club of Benin have progressed to the round of 16 of the 2022 Aiteo Federation Cup after defeating Ottasolo FC of Lagos 4-3 on penalties.

The round of 32 match which ended 1-1 after full time was played at the Kwara Stadium Complex in Ilorin on Wednesday.

Bendel Insurance drew the first blood in the fifth minute through Imade Osarenkhoe after a fine finish.

The Nigeria National League (NNL) side thereafter had more of the possession to keep the result 1-0 going into the break.

Ottasolo FC responded better to their half-time team talk than their Benin counterparts as they controlled possession for more part of the second half.

The Lagos-based NNL side were rewarded for their work when Shina Ayodele struck beautifully for them in the 53rd minute to even the scores.

Both sides then struggled for the winning goal but they could only settle for a one-all draw before the penalty shootout.

Bendel Insurance thereafter scored four of their five kicks to take them into the next round of the competition.