Klopp on Thursday announced that Alisson has no chance to feature in the match. 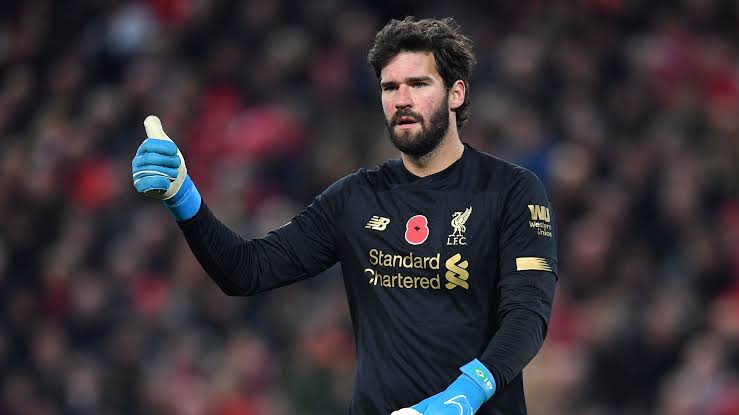 Liverpool has been handed a major blow ahead of their weekend community shield clash with Premier League champions, Manchester City, after the club’s manager, Jurgen Klopp, confirmed that Liverpool’s Brazilian shot stopper, Alisson, will not be involved in the match against City.

Klopp on Thursday announced that Alisson has no chance to feature in the match even after resuming training with the squad due to an injury the goalkeeper picked up during the pre-season tour.

The Liverpool boss also spoke about Diogo Jota, adding that the Portuguese forward won’t feature in the match as well, as the 25 year old is still out with injury, adding to the list of injured players which includes Liverpool’s second choice goalkeeper Caoimhín Kelleher.

“No, Alisson and Diogo have no [chance]. Ali trained today more than the day before so he will definitely be available for Fulham, but not for the weekend,” the Liverpool boss said on Thursday.

This leaves third choice goalkeeper, Adrián, the only option for the reds in their weekend blockbuster match against Manchester City at the King Power Stadium this weekend.

The Liverpool number one last featured in a competitive match for his side, in a pre-season match against Manchester United last month in Bangkok. Since signing for Liverpool from Roma, the Brazilian keeper has won six major trophies for the reds.