The human rights organisation expressed concern “over violent attack by thugs, on Mr Sowore,” saying “Nigerian authorities must immediately release him and bring those attacking him 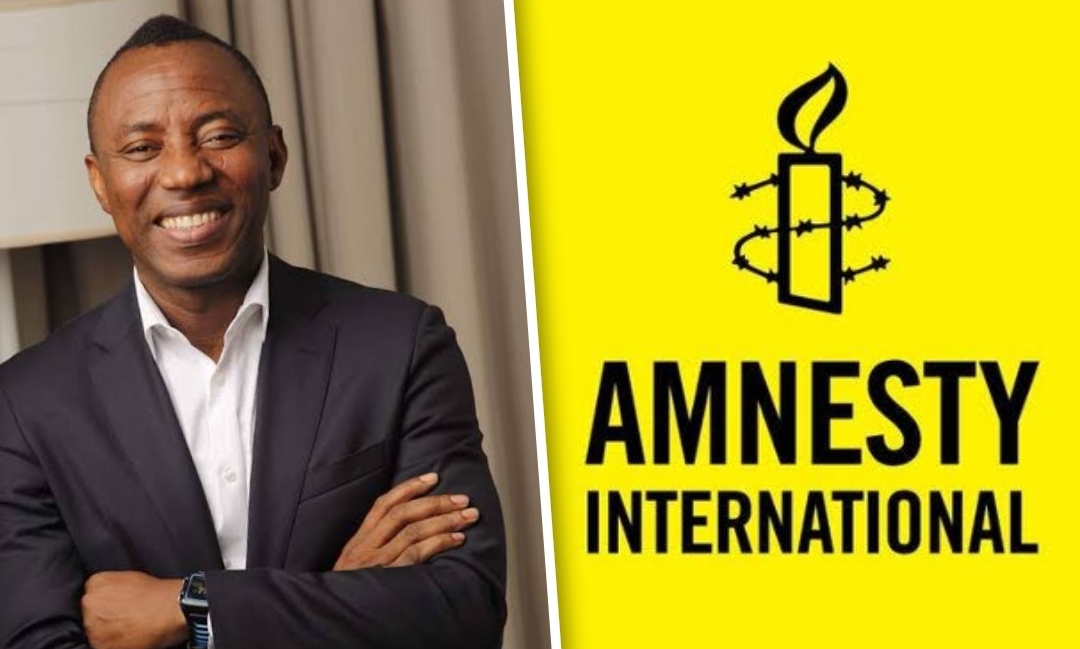 Amnesty International has condemned the arrest of rights activist Omoyele Sowore by the Muhammadu Buhari regime on Thursday. The body consequently called for his immediate release.

“We also condemn his subsequent arrest by the Nigerian Police. This is not the first time Sowore’s life is threatened for simply standing up for freedom and justice,” Amnesty International said in a statement.

The human rights organisation expressed concern “over violent attack by thugs, on Mr Sowore,” saying “Nigerian authorities must immediately release him and bring those attacking him to justice.”

Sowore and all Nigerians have the right to express themselves peacefully,” the body emphasised.

The police laid ambush and arrested Mr Sowore who was in the Appeal Court earlier today for his case, Inibehe Effiong, Mr Sowore’s lawyer, disclosed this via his Twitter handle on Thursday.

“I just stepped out of the Court of Appeal in Abuja with Omoyele Sowore after our case only for the Police to lay ambush and arrest him outside the Court. He has been taken away (presumably to former SARS Office in Abuja),” Mr Effiong tweeted.

Details of why Mr Sowore was arrested on Thursday is yet to be known.

Before now, in 2020, Mr Sowore was arrested by the Nigerian police for staging a rally on the New Year eve.

Mr Sowore was first arrested and detained for close to five months by the State Security Service for planning to stage a nationwide protest tagged: #RevolutionNow in 2019.