The governor said the recruitment became imperative because the Amotekun corps was overstretched. 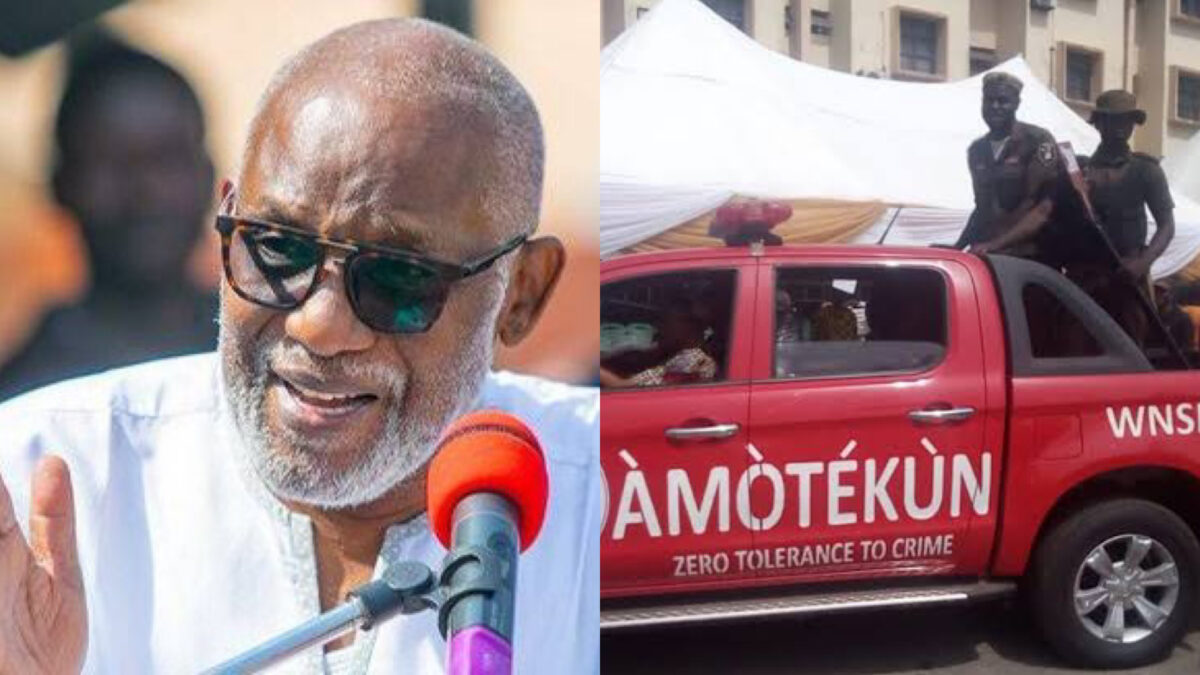 Governor Oluwarotimi Akeredolu has approved the recruitment of 350 persons into the Amotekun Corps to ease the pressure on the Ondo State security network.

“We have agreed to employ 350 personnel into the Amotekun Corps in the state because of the pressure on Amotekun,” Mr Akeredolu said at an award programme organised by Ondo State Agribusiness Empowerment Centre (OSAEC) on Tuesday in Akure.

He also said that the government would provide more operational vehicles and motorcycles to aid the corps’ operation in the state.

Mr Akeredolu said it became imperative because the corps was overstretched while protecting farmers in the bush.

He said there would soon be Amotekun stations in rural areas, as those places are not on the road but in the bush.

Earlier, the governor said that OSAEC was created to revolutionise the agricultural sector, as farming should no longer be a vocation but a business.

The governor said although the state had interventions from the Central Bank of Nigeria (CBN), his administration is developing agriculture in all the senatorial districts.

The governor said the state unarguably supplies over 45 per cent of tomatoes being sold in Lagos markets.

He disclosed that he is committed to launching Ondo into the world map of agriculture and would continue to partner with and support relevant stakeholders to achieve this objective.