The bill states that the state House of Assembly shall manage its capital and recurrent expenditure following the provisions of the 1999 Constitution as amended. 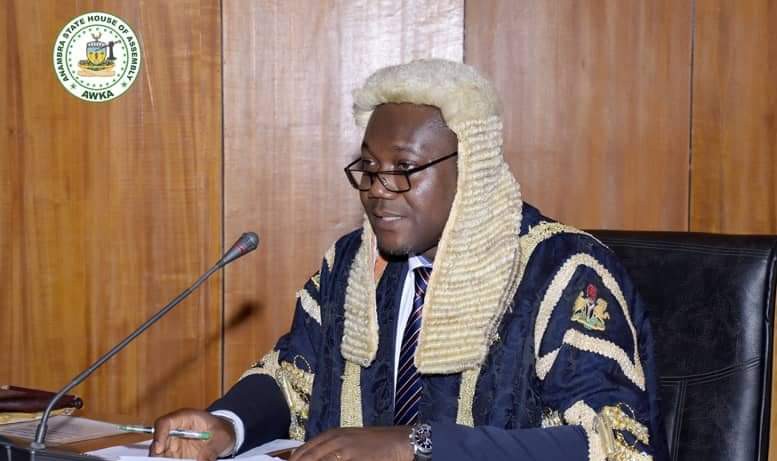 The Anambra State House of Assembly has passed its Legislative Fund Management Bill to facilitate and strengthen the implementation of financial autonomy for the state legislature.

The lawmakers at the Committee of the Whole House took turns to scrutinise the 19-clause bill before its passage.

The bill states that the state House of Assembly shall manage its capital and recurrent expenditure following the provisions of the 1999 Constitution as amended.

It says that the capital expenditure, in its budget, shall include purchase of vehicles and office equipment, construction of the House buildings, renovations, repairs and maintenance.

It also said that there shall be an establishment of the House of Assembly Funds Management Board for effective, efficient and prudent financial management of the legislative arms of government.

The Speaker, Uche Okafor, conducted a voice vote on each of the sections of the bill before its passage by the House.

“Having considered the Third Reading of the Anambra State House of Assembly Legislative Fund Management/Financial Autonomy Law 2021, and to provide for other related matters, the bill is hereby passed,” Mr Okafor.

The speaker directed the Clerk of the House, Pius Udo, to forward a clean copy of the bill to the state governor for his assent.

Also, at the plenary, the Anambra State Judiciary Fund Management-Financial Autonomy Bill was read for the second time.

The bill was committed to the House Committee on Judiciary, headed by Douglas Egbuna.

The president had, through an Executive Order, granted full financial autonomy to the legislature and judiciary, the second and third arms of government, on May 23, 2020.

The house adjourned until August 3 for plenary.