Mr Fubara had been declared wanted for looting N345 billion while serving as Rivers accountant-general, carried out largely on behalf of his principal, Governor Nyesom Wike. 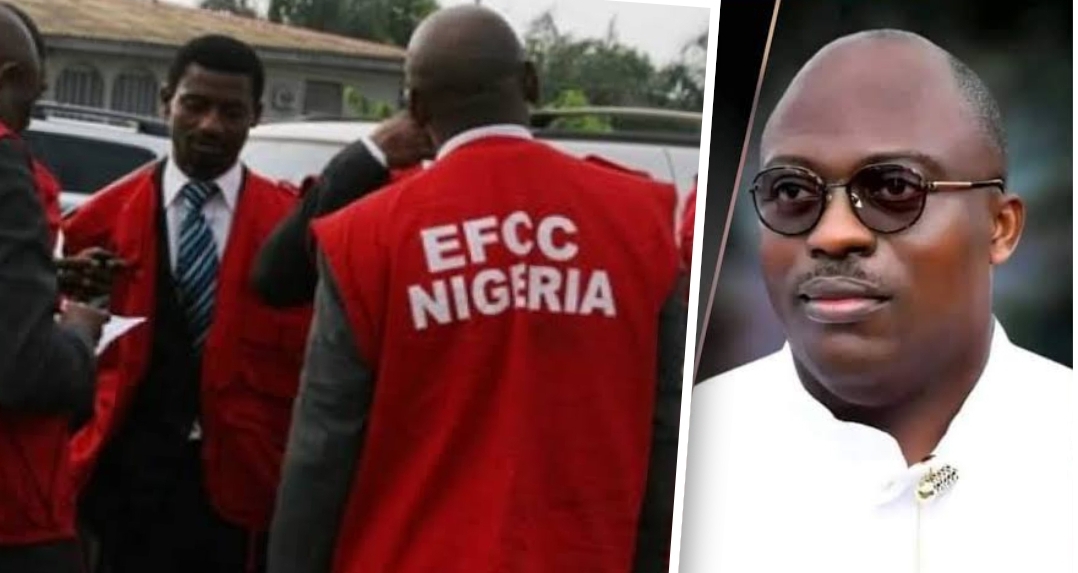 EFCC operatives were brutalised by thugs in Port-Harcourt during an attempt to arrest Sim Fubara, the fugitive gubernatorial candidate of the Peoples Democratic Party in Rivers.

The agents reportedly suffered injuries as they tried to arrest Mr Fubara at Port Harcourt International Airport. He was returning to the oil heartland from Abuja, where he had gone to collect his certificate of return from the PDP national headquarters.

A video reportedly taken from the scene and posted on Twitter showed how EFCC agents screamed for help as they came under assault from thugs. It was unclear if any arrests were made during the confrontation.

Mr Fubara had been declared wanted for looting N345 billion while serving as Rivers accountant-general, carried out largely on behalf of his principal, Governor Nyesom Wike.

Mr Wike backed Mr Fubara for the PDP ticket in Rivers after anointing him as his successor for next year’s governorship election.