Mr Oyebanji said he was assured of victory at the Saturday governorship polls to the delight of his supporters who screamed “Iwo lokan” (It is your turn). 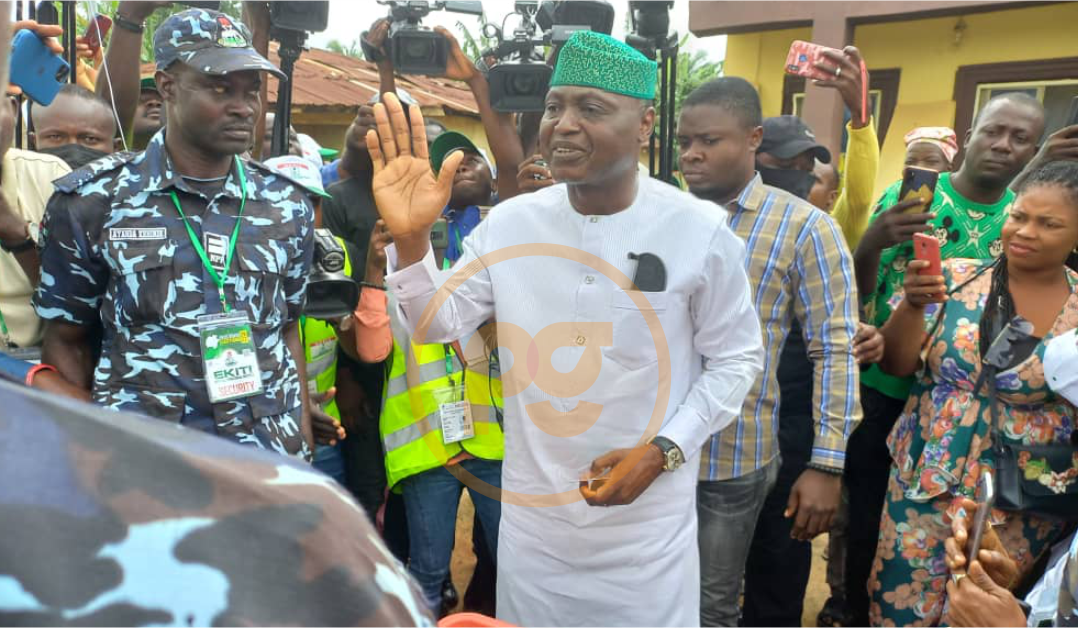 The favoured candidate of the incumbent governor Kayode Fayemi commended the massive turnout of voters who defied the drizzling weather to cast their votes.

He also applauded the efforts of the electoral officials in ensuring the process was fast and fair.

He initially joined the queue upon his arrival around 10:30 a.m. but voters willingly relinquished their positions to allow him vote.

Mr Oyebanji said he was assured of victory at the Saturday governorship polls to the delight of his supporters who screamed “Iwo lokan” (It is your turn).