The APC candidate said that heavy-duty truck accidents had become a common occurrence in Jos, especially around Polo Roundabout in Gadabiu. 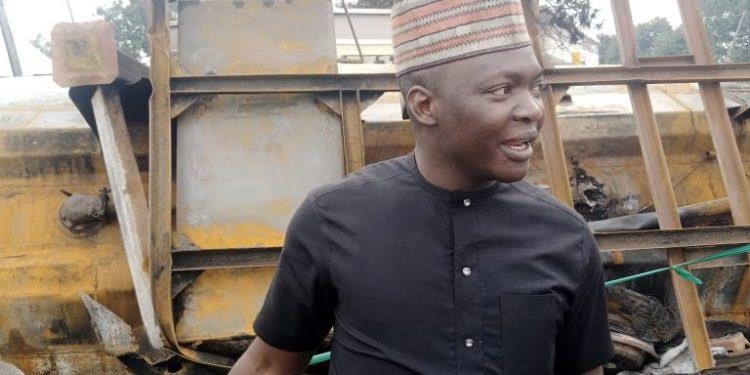 An All Progressives Congress (APC) candidate for Plateau House Assembly, Mark Sunday, has called for the creation of a bypass for articulated vehicles to check incessant accidents in Jos.

“I am calling on the Plateau government to create a bypass specifically for the articulated vehicles.

“Before the creation of a bypass, the movement of such should vehicles should be regulated in the metropolis as it is done in other states to save lives and properties,” he advised.

While interacting with journalists, the APC candidate said that heavy-duty truck accidents had become a common occurrence in Jos, especially around Polo Roundabout in Gadabiu.

He said two fatal accidents had been recorded in less than a month.

Mr Sunday further advised that such vehicles should be allowed to ply the city’s roads only at night.

The APC candidate commended Governor Simon Lalong for visiting the scene to assess the situation.

Mr Sunday said that the governor and the government could create the bypass before the expiration of his tenure.

He called on the people area, particularly the youths, to be patient, assuring them that he and his team would reach out to the government to find a lasting solution to the problem.

Mr Sunday also called on all leaders from the area to lend their voices to ensure the problem was solved.