According to Mr Abubakar, Nigerians are looking up to PDP to return to power, “hence the jittery by the ruling party ahead of 2023 general election.” 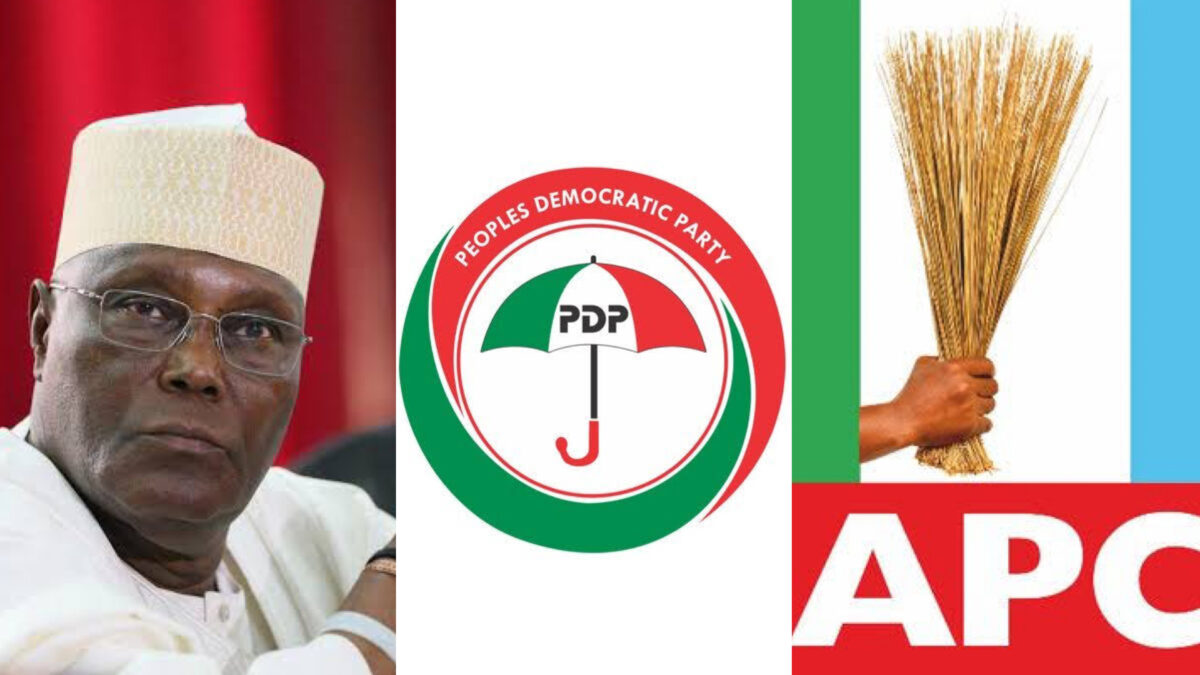 The Peoples Democratic Party (PDP) presidential candidate, Atiku Abubakar, has accused the ruling All Progressives Congress (APC) of manipulating the political process and creating a division among PDP members.

The PDP standard-bearer appealed to party stakeholders and supporters to avoid making statements capable of compromising the party’s unity.

The former vice president made the call in a statement signed by his media adviser, Paul Ibe.

Mr Abubakar urged stakeholders and his followers to avoid statements that compromised the ongoing works towards further strengthening the party and uniting its leaders.

The presidential candidate said it was imperative to appeal to all party members, leaders and everyone associated with him to desist from making comments that potentially reduced the party’s image as a united entity.

“This appeal becomes necessary to call the attention of party leaders and members to the diversionary antics of the ruling party, in manufacturing a false impression of division within the PDP,” the statement said.

Mr Abubakar said it was aimed at hoodwinking the Nigerians to overlook the ruling party’s challenges.

According to him, Nigerians are looking up to the PDP to return to power, “hence the jittery by the ruling party ahead of 2023 general election.”

“It is also the very reason why the ruling party is manipulating the political process to create a sense of division in the PDP. It is for this reason that I appeal to every true member of the PDP and anyone who truly wishes the success of the PDP presidential candidate to, not fall for the antics of the APC in making statements that could give credence to the false claim of division in the PDP,” he stated.

Mr Abubakar further said all PDP leaders, including governors, especially Nyesom Wike of Rivers, were united in working for the victory of the PDP in next year’s general election across the board.

“What is at stake in the next year’s election is the future of Nigeria, and all leaders and members of the PDP are on the same page in the mission to rescue Nigeria,” Mr Abubakar said.