The commission said the ruling party won the polls in all the 13 local government areas of the state. 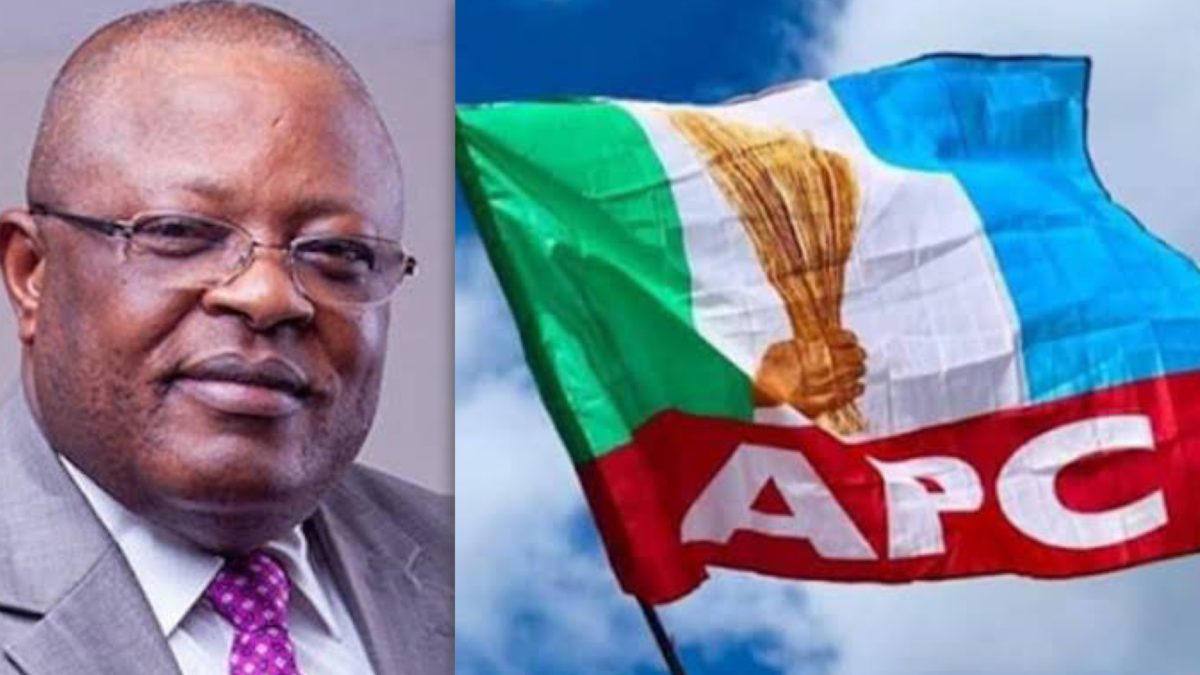 David Umahi with APC flag used to illustrate the story

The Ebonyi State Electoral Commission has declared the candidates of the All Progressives Congress (APC) as winners of all the chairmanship and councillorship seats in the local government elections held on Saturday.

The commission said the ruling party won the polls in all the 13 local government areas of the state.

The chairman of the state Independent Electoral Commission (EBSIEC), Jossy Eze, made the announcement in Abakaliki on Sunday at the commission’s Headquarters.

According to Mr Eze, APC won all the 13 local government chairmanship seats and the 171 councillorship seats.

He commended the electorate for ensuring that the polls were free and peaceful.

“By the power vested in me by the law, I hereby declare the results of the chairmanship of each of the 13 local governments as follows.

“One, Abakaliki Local Government, Ebere Nwogba of the APC, having satisfied the requirements of the law and scored the majority of valid votes cast at the election, is hereby returned as duly elected.

“This Commission has received, considered, validated and adopted the results of each of the 171 cancilliorship of the wards. That is to say that APC have won in all the wards,” he added.

A resident, Mary Akpoke, who spoke with NAN after the result was announced, decried the development of conducting an election with only one political party.

“Myself, I went out to vote but I do not know the other contesting political parties aside the APC. This is why the election recorded a high level of apathy,” Mrs Akpoke said.

Emma Nweke, a teacher also expressed concern over conduct of the elections in favour of only the ruling party, APC.

The All Progressives Grand Alliance (APGA) and other political parties in the state boycotted the LG polls.

Ricky Okorouka, state chairman of the Party, had said that their decision not to participate in the elections was due to the refusal of the electoral body to reduce the N1million and N200,000 nomination fees imposed for Chairmanship and Cancillorship.

Chika Nwoba, Publicity Secretary of the Peoples Democratic Party (PDP) in Ebonyi, described the elections as “one man-show”.

Mr Nwoba confirmed that the PDP is not part of the elections held on Saturday.