The army has an antecedent of violent assaults on members of the public and sister agencies like the police. 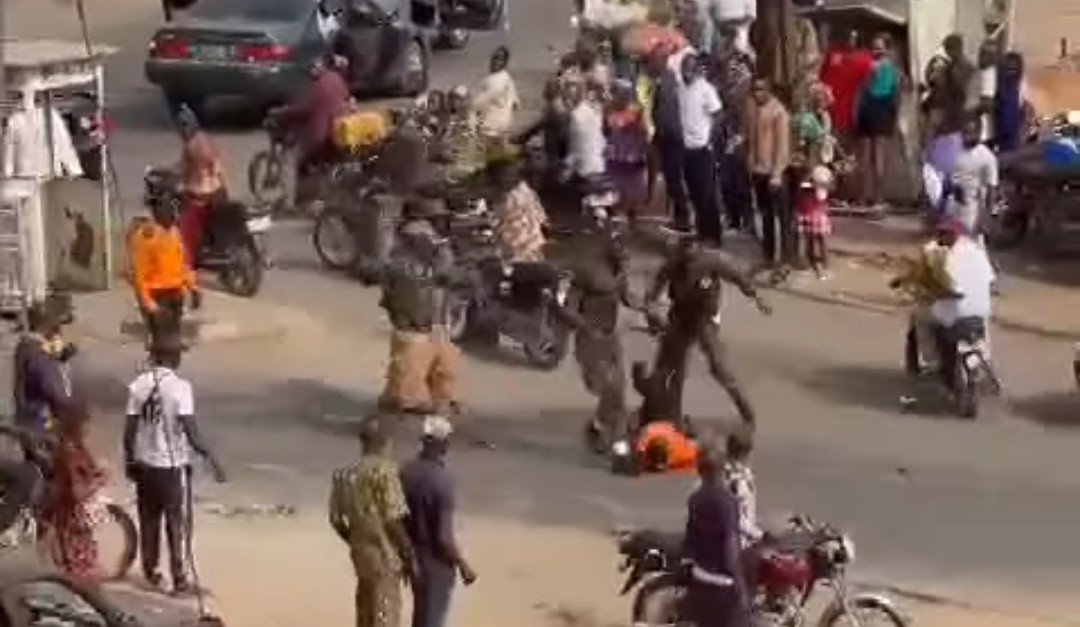 Officers of the Nigerian Army were on Saturday seen in a video assaulting police officers managing traffic in Ibadan, Oyo state.

Presently, it remains unclear what led to the faceoff between the army and the police as seen in the now viral video.
However, the army has an antecedent of violent assaults on members of the public and sister agencies like the police.

The army once bemoaned police brutality in its joint operations with the police, saying the police try to equate its hierarchy to that of the army.

This organisational breakdown and agency rivalry, according to many opinion leaders contributes to setbacks encountered in security operations.

The spokesperson for the army in Ibadan, Kayode Ogunsanya, told Peoples Gazette he was “not aware of the development” and would forward the video to the appropriate quarters, while the police spokesperson did not respond to calls and messages.