Arsenal got their Europa League campaign off to a positive start with a 2-1 win over FC Zurich on Thursday evening. 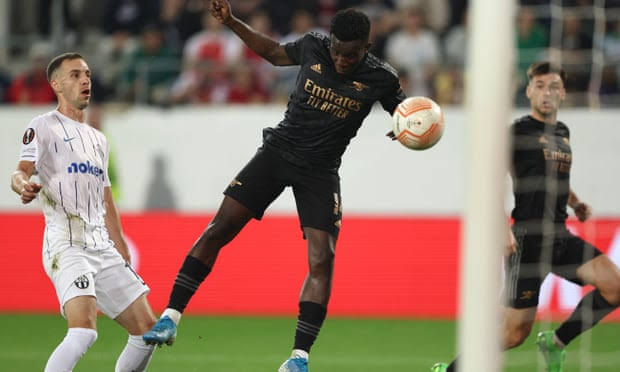 Arsenal got their Europa League campaign off to a positive start with a 2-1 win over FC Zurich on Thursday evening.

The Gunners took the lead in the 16th minute after Eddie Nketiah set up Marquinhos, who turned home an emphatic finish on his debut for the club.

Moments later, Nketiah fouled Fidan Aliti inside the Arsenal box to cause a penalty. Mirlind Kryeziu made no mistake from the six yards, hitting a perfect shot past Matt Turner to level the score for the Swiss side.

Both teams came out for the second half and observed a minute’s silence around the centre circle to mark the passing of Her Majesty The Queen, Elizabeth II, which had been announced during the break.

Nketiah scored the winning goal for Arsenal in the 62nd minute, heading home Marquinhos’ cross at the back post to atone for his earlier error.