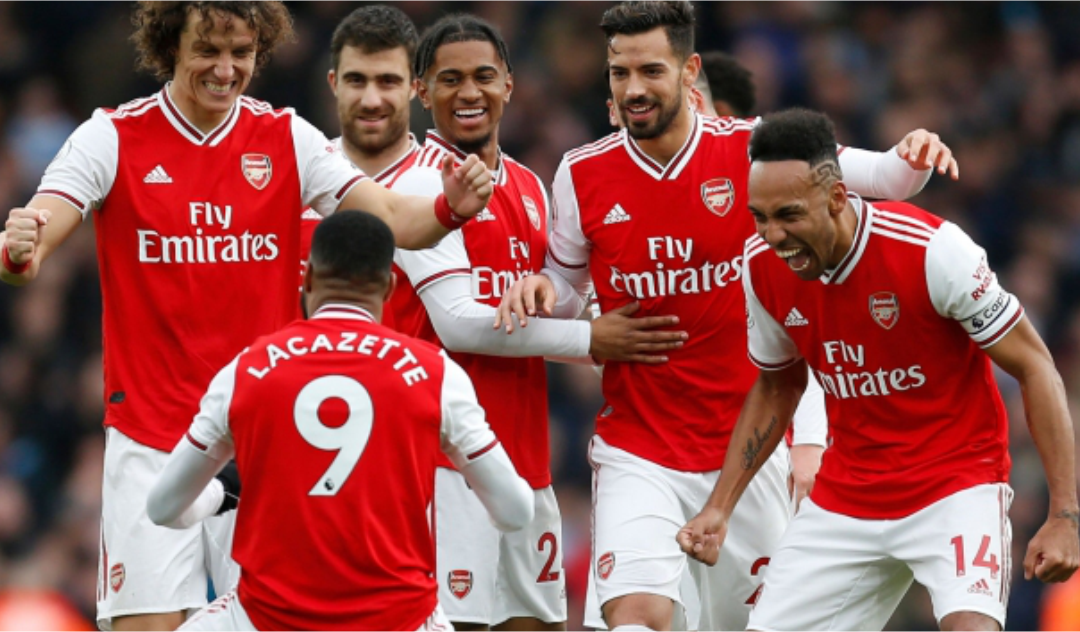 The emphatic victory helped them to reach the third round of the 2021/2022 League Cup.

Premier League rivals Newcastle United and Burnley failed to provide much excitement for the 30,000 crowd at St James’ Park, with that game ending goalless.

But Burnley scaled through after winning 4-3 on penalty kicks.

Aubameyang, absent from the Gunners’ opening two 2-0 league defeats after testing positive for COVID-19, tapped into an empty net in the 17th minute.

That was after Bukayo Saka’s saved effort fell to him.
He made it 2-0 on the stroke of half-time when Nicolas Pepe’s shot rebounded off the post for another tap-in.

The Gabonese then repaid the favour seconds later.

The hat-trick was sealed in the 62nd minute, after Saka had bagged the game’s fourth goal in the 50th minute, with a strike from 18 yards.

Alexandre Lacazette came off the bench for his season’s debut and made it 6-0 four minutes later, assisted by Pepe.

It was for Arsenal to celebrate their first win of the season against opponents who were effectively a reserve team. West Brom, relegated from the Premier League last season, made 11 changes from the side that won at the weekend in the Championship.

They had five players —- including goalkeeper Alex Palmer —- making their debuts.

Arsenal goalkeeper Aaron Ramsdale was also debuting following his move from Sheffield United. Loanee Armando Broja scored in each half on his debut for Southampton, and Mohamed Elyounoussi grabbed a second-half hat-trick as Newport were hammered.

This is their first home game of the season after having their pitch re-laid.

Nathan Tella (25th), Kyle Walker-Peters (44th), and Nathan Redmond (69th) also scored, with Saints running riot in the second half after going in 3-0 at the break.