The 21-year-old midfielder beat the likes of Harry Kane and Declan Rice to the highly coveted award, to make it the first in his career. 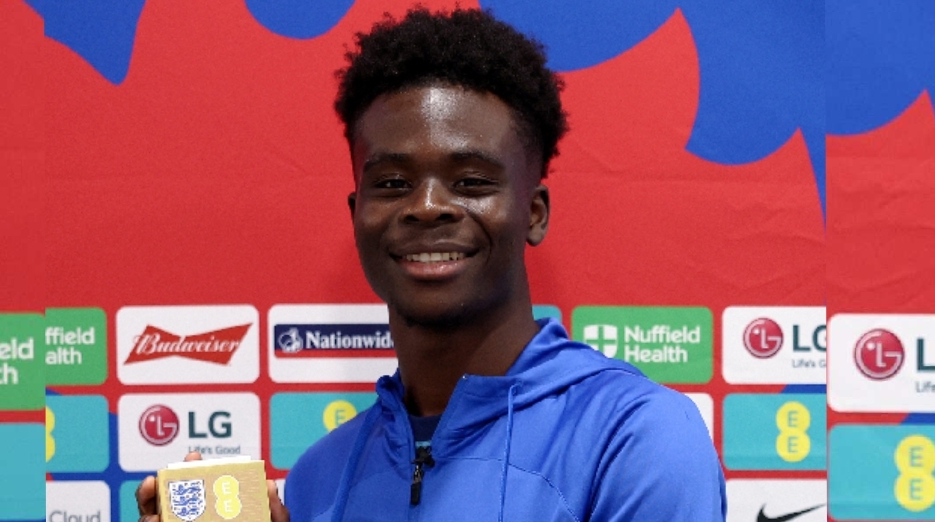 Arsenal midfielder Bukayo Saka has been named the England Men’s Best Player for the 2021-22 season following an impressive performance for both club and country.

The 21-year-old youngster beat the likes of Tottenham Hotspur star Harry Kane and West Ham United midfielder Declan Rice to the highly coveted award, to make it the first in his career.

The feat was announced on the Facebook page of the England national team with a picture of Saka holding the award with a caption that reads; “Congratulations to Bukayo Saka – your England Men’s Player of the Year connected by EE!.”

Saka scored 17 goals and assisted eight times for both Arsenal and England national team in the just concluded football season.

He was also an important member of the squad that reached the Euro 2022 final but unfortunately lost 3-2 to Italy on penalties.