Team Nigeria seems to be gunning for the gold medal drama, rather than actual events, as controversies continue to rage over the shabby treatment of athletes by officials of the Nigerian delegation at the Tokyo Olympics.

Team Nigeria’s captain at the Tokyo 2020 Olympics, Quadri Aruna, shared his concerns via his Instagram handle @quadriaruna on Friday.

Aruna, who is Africa’s top-ranked table tennis player, lambasted officials for short-changing athletes at the games.

He also attributed his shocking ouster from the competition to the failure of the officials to allow him travel with his proven coach.

“You all wanted me to perform well but you removed my coach that qualified me to (who helped me to qualify for) the quarter-finals at the Rio 2016 Olympics,’’ the 32-year-old who exited the Games in the third round, said.

“I dare you all to remove me (from the National team) because I said the truth.

“Athletes are being short paid (underpaid) and nobody should complain?

“If the Minister of Youth and Sports Development, Sunday Dare, doesn’t come and address the athletes, these officials will spoil all the good things you (Dare) have been doing.’’

Aruna, however, is not the only one sharing these concerns from Tokyo.

This is as 10 Nigerian athletes were on Wednesday declared ineligible to compete in the Games’ track and field events which began on Friday by the World Athletics.

They were declared ineligible for failing  to comply with out-of-competition tests.

“I have said it before and I will say it again, if you don’t have knowledge of sports, not passionate about athletes, then you have no business there as an administrator,” Okagbare wrote on facebook.

“The sports system in Nigeria is so flawed and we athletes are always at the receiving end.

“They were busy fighting over power and exercising their pride over Puma contracts/kits forgetting their major responsibility (the athletes.)

“It is sad that the circle  keeps repeating itself and some people will come and say I am arrogant for speaking the truth, it is my career,” Okagbare said.

The athletes accused a high-ranking official of the Federal Ministry of Youth and Sports of collecting phones on behalf of the athletes from Samsung, a key sponsor of the Games, and refusing to release it to the athletes.

Peoples Gazette learnt that Samsung gifted each accredited athlete at the Tokyo Olympics a S20+ 5G phone valued over $1000 as gifts.

The protocol for receiving the phone for each athlete from all participating countries was individual, requiring each athlete to present their accreditation tag for scanning in order to receive the gift.

It was however a different story for Nigeria as officials from the sports ministry went to receive the phones in bulk from Samsung and withheld some of them from their rightful owners.

The officials refused to give ten competitors, who were disqualified due to the error of the Nigerian authorities in registering them for pre-event testing from the games, their phones.

The athletes were disqualified on Wednesday from competing in Track and Field sports after failing to meet anti-doping rules.

“Each athlete at the Olympics is entitled to one Samsung phone each. All they need to do is go to the Samsung office, scan their accreditation cards and get their phones.

“But the Nigerian delegation, through a very senior ministry official, went to the Samsung office and took all the phones for Team Nigeria athletes.

Now the athletes went to meet the official and he said, ‘You are not competing, you can’t get a phone,” an athlete anonymously told Punch Newspapers.

The athlete further said that the incompetence of the government had led to the disqualification of the ten athletes for not complying with the directive of conducting ‘three out of 10 out-of-competition tests.’

“But that’s not the rule, the rule says as long as you are an accredited Olympic athlete, you are meant to get a phone, it’s your right. But they are holding the phone, they are not giving the athletes because of their incompetence at not making the athletes compete.

“It’s the incompetence of the federation and the ministry, who should have done the right thing by making sure that their three out of 10 out-of-competition tests is complete,” the athlete further said. 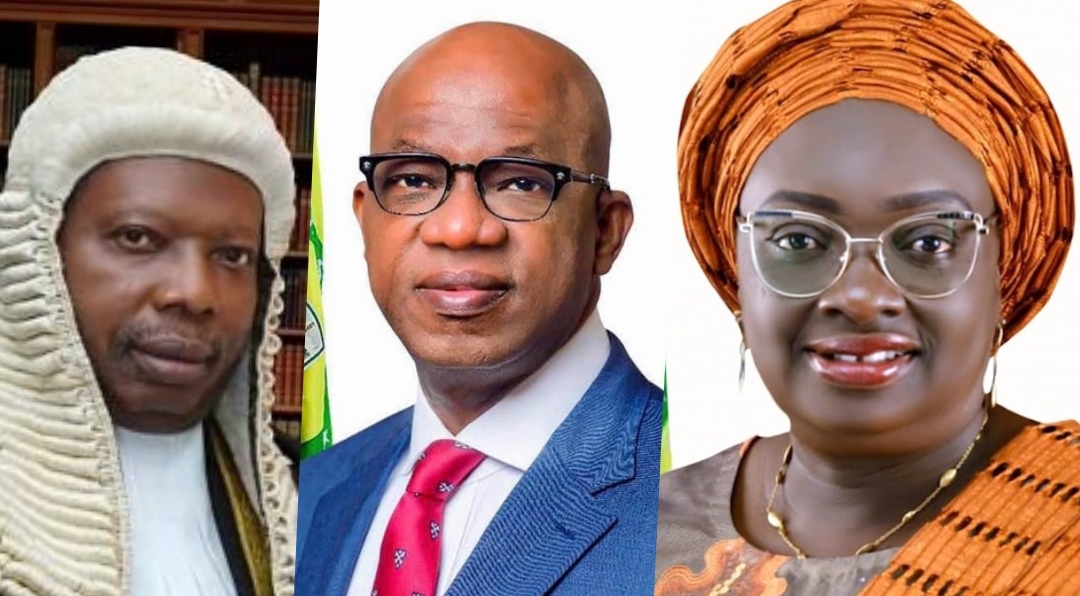 The Gazette heard that Mr Abiodun was last seen two weeks ago when he reportedly departed for London and it was unclear when he planned to return to the state.