The governor in his Christmas message lauded the armed forces on the frontlines battling to ensure citizens have a peaceful Christmas. 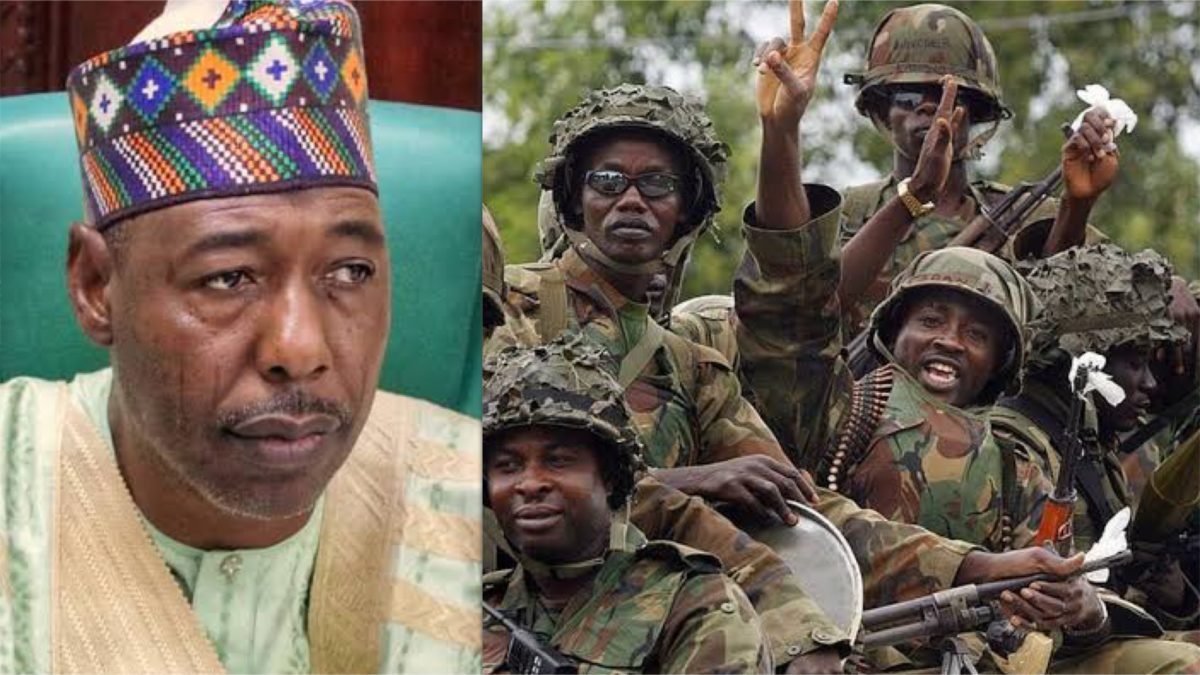 Governor Babagana Zulum has asked Borno Christians, whom he described as hard working and peace loving, to pray for the victory of soldiers fighting to end the insurgency.

The governor in his Christmas message lauded the armed forces on the frontlines battling to ensure citizens have a peaceful Christmas.

“We should pray hard with the hope that in future celebrations, troops should be able to celebrate with their families,” Mr Zulum said.

“I also joyfully felicitate our dear Christian brothers and sisters in Borno State, who have, over the years, proved to be hard working, dedicated, peace loving and easy going fellow citizens.”

The governor’s message was conveyed by his spokesman, Isa Gusau, on Saturday in a statement to reporters.

Mr Zulum said that the security personnel deserve our empathy, especially when civilians think about celebrating the season, soldiers in particular and other security personnel as well as volunteers were holding forth in the front lines.

He said that the soldiers were working to contain the insurgents, who never mean well, and who always want to ruin every joyous moment.

The governor saluted Christians in his state for their peaceful conduct.

“I strongly admire the courage in our people and the relentless determination to move on. I salute the good people of Borno State as I once again felicitate with our Christian brothers and sisters at Christmas.

“May God grant us peace in Borno, the rest of the North-East and the whole of Nigeria. Merry Christmas to our brothers and sisters all over Borno State and Nigeria,” he said.