Mr Pearse said he would officially write to the PDP national chairman, Board of Trustees (BOT) and the party leaders on the issue. 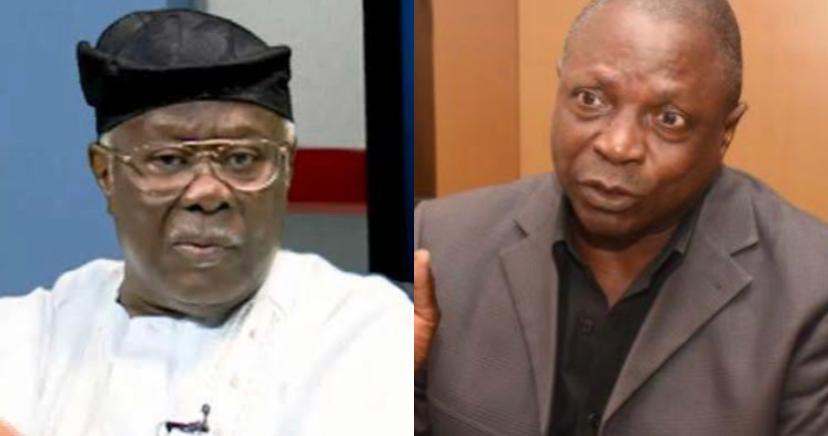 Mr Pearse, also the Lagos State Coordinator of Support Groups for Atiku/Okowa Presidential Campaign, made this call at a news conference on Wednesday at the PDP secretariat in Lagos.

Five PDP governors and some aggrieved party stalwarts including Mr George, on Sunday, in Lagos announced the formation of Integrity Group, a new group within the PDP.

At a meeting hosted by Mr George, the aggrieved governors, led by Governor Nyesom Wike of Rivers, reiterated their stance that the party’s national chairman, Iyorchia Ayu, should resign to create a balance since the party’s Presidential Candidate, Atiku Abubakar, is also from the North.

Mr Pearse said that the expulsion of Mr George from the party would give PDP a fair chance of victory in Lagos State in the 2023 general elections.

“The continuous presence of George in the party is a threat to the success of the party in Lagos State in the forthcoming general elections.

“Everywhere during the campaign, all our members including the ward chairmen are saying that George must leave the party for it to survive and win the election.

“So, this is the voice of the people and these ward chairmen are the vehicle to the voices of our members who are not too close to the party leaders.

“We are therefore appealing to the party leadership to send a notice of expulsion of membership to Chief Olabode George.

“We have made a similar request to the ward chairman in Lagos Island where George registered his membership,” Mr Pearse, also the Lagos State Coordinator of the Alliance for Atiku Aspiration, said.

Mr Pearse said he would officially write to the PDP national chairman, Board of Trustees (BOT) and the party leaders on the issue.

He added that it might send a wrong impression to members if the party did not take any action on the issue.

“If the leadership of the party decides to still keep him (George) in the party, he will continue to damage the party,” he noted.

The PDP chieftain said that the chances of the party winning the 2023 general elections was bright if the electorate troop out en masse to vote for the party.

Reacting, Mr George described Mr Pearse “as someone who did not understand what we are fighting for.”

Mr George said that Mr Pearse has “no locus standi” to accuse him of anti-party activities.

“He has no idea of what we are fighting for. He said I am doing anti-party in PDP, am I not in his group, what has he done in this party,” he stated.