It is believed that the flag bearer of the party is making attempts to reconcile the disagreements within the party. 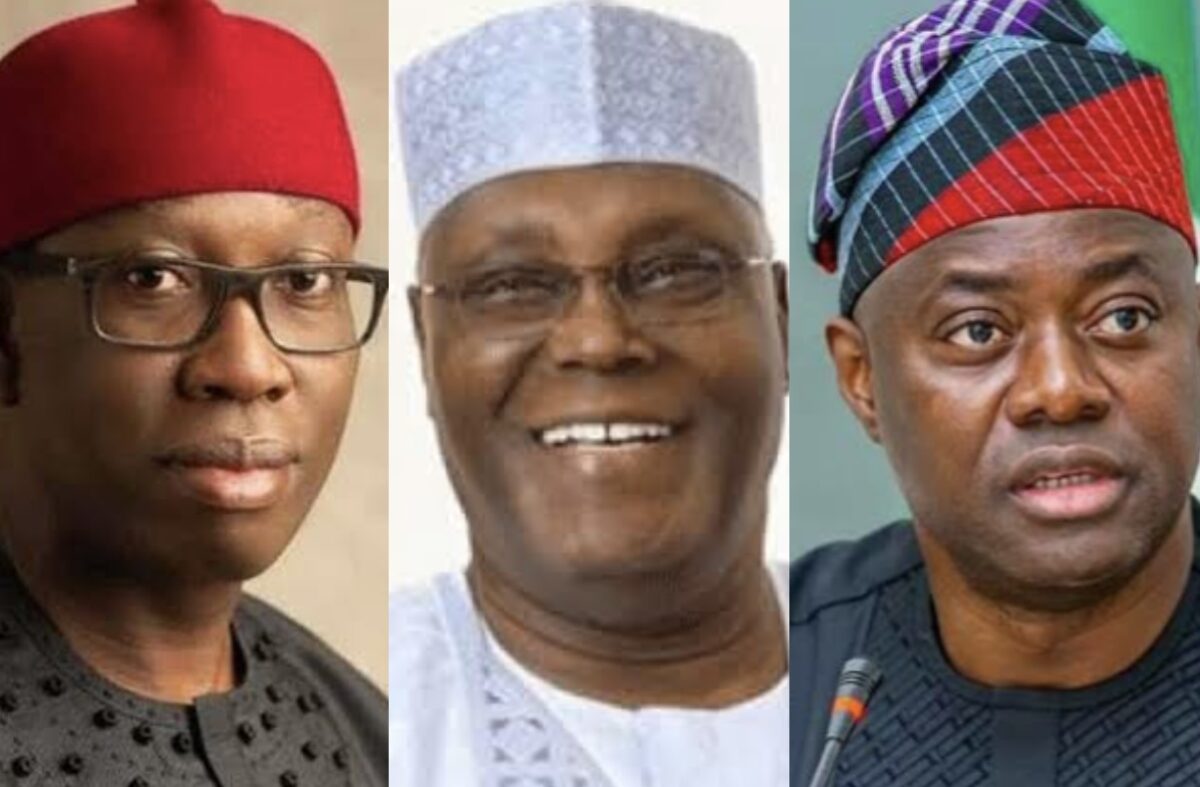 Presidential candidate of the Peoples Democratic Party (PDP) Atiku Abubakar and his running mate Ifeanyi Okowa on Wednesday held a private meeting with the governor of Oyo State, Seyi Makinde, at the Government House in Agodi, Ibadan.

The meeting had members of the PDP National Working Committee (NWC) in attendance.

Although the details of the meeting have not been disclosed, it is believed that the flag bearer of the party is making attempts to reconcile the disagreements within the party.

Last Saturday, Mr Makinde voiced his displeasure against the emergence of the party’s chairman and presidential candidate from the same region. According to him, the PDP cannot restructure Nigeria if it failed to observe inclusivity in its own internal affairs.

The internal rift has lasted for months since Mr Makinde’s ally, Governor Nyesom Wike of Rivers State, lost the presidential primary election and was edged out of scheme in the selection of the vice presidential candidate.

Mr Wike has since publicly withdrawn his absolute loyalty to the party. “Rivers state will only vote candidates who have their interest at heart,” he says.