APC putting everyone at risk by endangering itself

It’s hard to ignore the echoes of disarray from the APC tent or to pretend that when the rains fall, it would be APC’s problem alone. 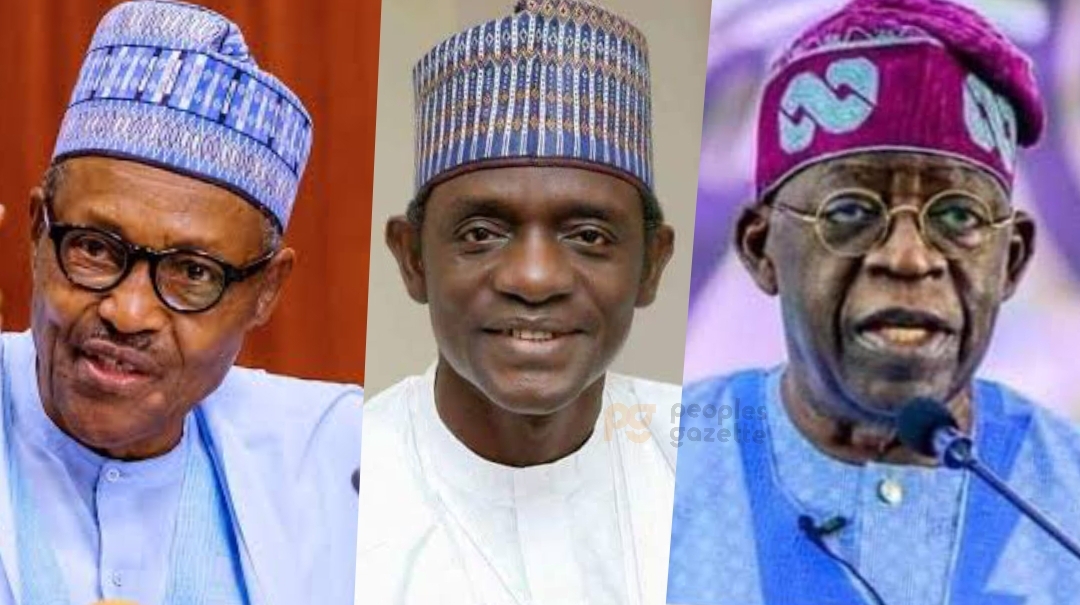 The ruling All Progressives Congress (APC) looks determined to set itself on fire, even though the story out there is that the matchbox has been snatched from the hand of its interim chairman and Yobe State Governor, Mai Mala Buni. The danger still looms.

After toppling the People’s Democratic Party (PDP) government of President Goodluck Jonathan in 2015, the APC turned on itself, feasting on its own entrails. Of course, the winner-takes-all factor in a presidential system can tempt winners to lose their heads. In the case of APC, however, the party lost its head even before it was tempted. That head has been replaced by an echo chamber – and it’s not funny.

Within days of winning the election, cracks surfaced on the post-sharing agreement among members of the legacy parties in 2015. The Congress for Progressive Change (CPC) was supposed to take possession of the “crown” (the presidency), while the Action Congress of Nigeria (ACN) was, roughly speaking, supposed to manage the party.

Positions were also supposed to have been shared on a prorated basis amongst members of the five legacy parties that contributed to APC’s victory to give everyone a sense of belonging and stabilise the government.

That did not happen. After declaring that he was “for everyone and for no one”, President Muhammadu Buhari went on to appoint a transition committee (headed by Ahmed Joda) which froze out nearly everyone except anyone who contributed little or nothing to bring Buhari to power.

It wasn’t long before the party began to fall apart. Buhari ruled a divided government for the first four years, with reverse defections that almost turned his majority party into a minority in the Senate. At a point, his wife and First Lady, Aisha, literally camped with the rebels, saying this was not the government the party rank and file worked for.

The seed of the instability of that early beginning has produced a party that neither resembles a party nor anything remotely close to a collection of people with a shared political interest. It’s more like an assembly of opportunistic strange bedfellows, occasionally worshipping the god of kinetics at a shrine called Aso Rock.

In seven years, APC has evolved into a party with no board of trustees, no governance structure, no idea of its past, or care about its future. It has now produced three chairmen who left at gunpoint after serious allegations of raiding state governors for money during the party’s primaries. The party has scores of wounded former and current members waiting, with long knives, to take their revenge.

Of course, the APC has also attracted some big defectors to its fold, a number of them serving governors, who are at once the mainstay and biggest source of instability in the political parties. But by and large, these political refugees have their eyes firmly on one thing: how they can use what is left of the present system to help or perpetuate themselves. They know that the party they’re joining is not better than the one they’re leaving, except that it offers temporary shelter to their hope of grabbing power, entrenching themselves or escaping accountability.

APC is a party of ironies. The same cane that was used to beat its former chairman, John Oyegun out of office and used again to beat Adams Oshiomhole only two years later, is now being unleashed on Buni, making his predecessors look like saints. Yet, it was not supposed to end this way. After the alleged corruption and inflexibility of the Oyegun years and the alleged multiplication of the sins under Oshiomhole, Buni was supposed to be a breath of fresh air.

He was supposed to be the prince in shining armour recruited on a temporary basis to combine his day job as governor with that of being the party’s messiah. Two years on, the messiah needs a messiah. His adversaries are painting a picture of him that suggests that Oshiomhole should have been made life chairman. The Comrade must be laughing in Etsako.

Not only has Buni, a first-term governor, been accused of deliberately stalling the convention even after three postponements, his accusers say he is doing so because he also wants to be nominated Vice President. In other words, he wants to be a player in a game in which he is supposed to be a referee and to secure his ambition, they allege, he has now procured a court injunction to postpone and postpone the convention until it can produce a consensus candidate of his choice.

A source claimed that it was to avert this coup that Buhari changed his travel plans and returned to Abuja from Kenya first, before continuing to the UK. It would now seem that with Buni’s precipitous removal on Monday, the bomb has been defused and perhaps the worst is over.

Perhaps. But the signs for the party are not looking good. Buni’s supporters who can’t understand why his enemies won’t let him get back home and out of his sickbed before plunging the long knives, have threatened to challenge his removal in court, as if his appointment and overstay were not a travesty which of course we were told was a necessity at the time.

As of the time of writing, Buni, prince charming only yesterday, has become penny stock. Out of 21 APC governors he is left with only three – Dapo Abiodun, Yahaya Bello and Hope Uzodinma. Yet, there is a bitter struggle ahead, all of which shouldn’t be the business of bystanders if the ruling party has not only become a danger to itself but also a danger to bystanders.

The nasty jostling for power among the various blocs in the party involving serving political appointees with disguised interest to run for office and aspirants who have openly declared their interest is matched only by Buhari’s indifference to the outcome of what promises to be a fight to the finish.

A country that once despised President Olusegun Obasanjo for the sort of meddlesomeness that not only offered couples mat but also insisted on showing them how to lie on it, now has to deal with a president who has zero interest in what conjugal arsenal is deployed in the other room. The president’s aloofness even at moments requiring broadmindedness to define the party’s value and character is even more telling because other power blocs that could have provided a countervailing force have been frustrated out of the fold.

The APC is now more or less reduced to an echo chamber, with folks engrossed in the kinetic science of decoding the president’s body language or where that fails to deploy his name in fraudulent political transactions. It’s a dizzying turn of fate that has left a vacuum for hijackers and also taken a heavy toll on governance which, in the best of times, has been absent.

While the public is pinning away on long lines outside petrol stations, chafing under shambolic electricity supply, teachers strike and rising prices, all that we hear of these days are politicians telling us why they deserve another shot at office without any need to account for their present record. We also hear incoherent assurances of progress by the president as he waves from the steps of his departing plane on his way to yet another medical trip abroad. It’s hard to ignore the echoes of disarray from the APC tent or to pretend that when the rains fall, it would be APC’s problem alone.

The Third Force with a promise of political redemption so well-articulated early on, remains, well, a third force.

And the state of the official opposition compounds our misery. PDP is not better and is not even pretending to be. The fight for the soul of the party will break out into a shooting war sooner than later. The casualties would not be found largely among politicians who have perfected the art of survival by defection, but among voters who wish in vain that after eight years in the limbo the party would become a truly viable option.

I laugh at those who expect a dramatic outcome from Buni’s current travail. It won’t happen. Buni, like Oyegun and Oshiomhole before him, will survive the current turbulence, even if he does so with a few bruises.

As for the party’s future, the answer is blowing in the wind.