The line between scrutiny and sensitivity need not be drawn in the government’s comfort zone. 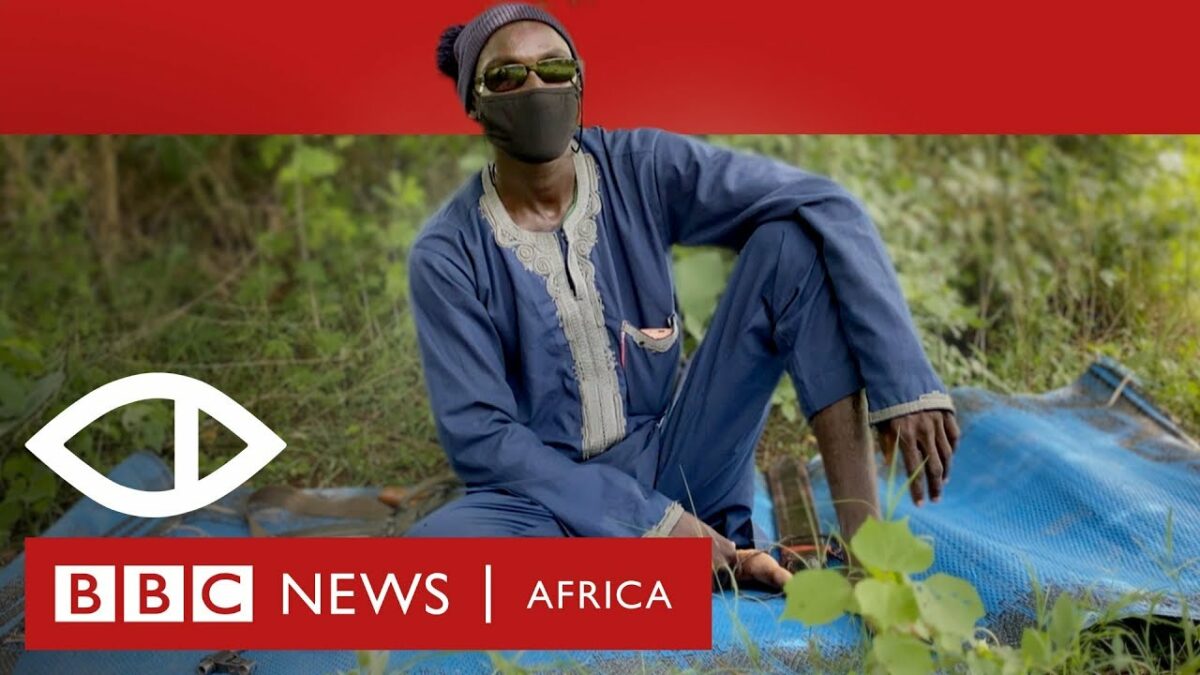 After BBC Africa service promoted a story on Friday of an interview with the bandit warlords of Zamfara State, a senior Nigerian journalist, Kadaria Ahmed, called out the broadcaster in a tweet.

Kadaria, an ex-Beeb, said the interview would give the terrorists oxygen, stoke hysteria and bring nothing but pain and misery to hundreds of victims and their families.

In the thread that followed, the BBC Eye co-founding executive producer and others who weighed in disagreed with Kadaria. They said without understanding the enemy you cannot solve the problem. Or perhaps get the government to see the seriousness.

Not long after the exchange, Kadaria, who bears many scars for her calls for restraint and responsibility for which she is considered too far to the journalistic right, removed herself from Twitter.

Her deactivation was unrelated but the coincidence raised genuine suspicions that she might be avoiding fresh attacks. She was asking for trouble. I knew she would get more than a harvest.

How far is too far? There are those who hold the view that this question is irrelevant – that the Nigerian media is sleeping on its watch, in bed with a government that has since lost its way. That’s a fair criticism, yet it does not diminish the importance of the question, how far is too far?

In the media’s quest to understand and highlight insurgency, a scourge that has claimed over 35,000 lives since 2009, destroyed thousands of families and created in Nigeria’s North East, one of Africa’s largest pools of internally displaced persons, should the BBC be stoking the flames?

In addition to claiming lives and ruining families and communities, the Boko Haram/ISWAP terror has made President Muhammadu Buhari, a retired two-star general and veteran of Nigeria’s civil war, look worse than a Boy’s Scout. His promises and pledges to curb the vile criminality have paled into statement after meaningless statement of sympathy. Seven years after he took office, Nigerians are still waiting for him to take responsibility.

And in the week that the BBC promised to air its interview with the terrorists of Zamfara, Buhari’s presidency issued yet another statement that the President had done more than was expected of him by the Army. As if that was not sufficient admission of impotence, he crowned it with a curious trip to Liberia to give a lecture on security hours after at least three members of his own elite guards were killed in an ambush in Bwari, 23 kilometres from the Presidential Villa, Abuja.

But this is about the media, not about a commander-in-chief fighting terrorists with statements. How far, for the media, is too far?

A minister in Buhari’s cabinet once expressed the view that reporting that the government was planning to deploy drones in the war against Boko Haram was a bridge too far. He was upset that LEADERSHIP published the story and said I should be sorry. I replied that his suggestion was ridiculous because the debate was held in the Senate’s plenary, in full public view.

But Kadaria’s objection to the BBC’s interview is a different thing. The dilemma of how far is too far is eloquently captured in Broken truths, the new book by the Catholic Bishop of the Sokoto Diocese, Matthew Hassan Kukah.

Although the book is a collection of long convocation lectures by Kukah over decades, it offers extraordinary insights into the origins of violent insurgency in Nigeria, its spread and mutations and the role of various institutions, including the media.

It’s difficult to read the book and still give the BBC a soft pass after its interview with the vile and reprehensible bandit warlords of Zamfara. That interview may have been a journalistic coup, but it was, on the whole, another rich supply of oxygen for twats who should be rotting in hell.

It may be convenient to justify it as making a case for “understanding” the grievances of the terrorists (as if we didn’t know they’re mostly in it for the blood, the money and God-knows-what-else). But it might also be useful for the BBC to remind itself of how former British Prime Minister, Margaret Thatcher, dealt with a similar situation.

“At the height of their wicked bombings of the United Kingdom”, Kukah wrote, “the late Mrs. Margaret Thatcher managed to get Parliament to enact a law that criminalised allowing members of the IRA access to the British media. They could be quoted, but their voices could not be heard. She insisted that the IRA be denied what she called the oxygen of publicity.”

What the BBC could not do in Thatcher’s time or even more recently in David Cameron’s Britain after the brutal murder of British soldier, Lee Rigby, is justified in Buhari’s Nigeria as necessary for “understanding” the anatomy of some idiots. I find that hard to swallow.

Yet, BBC is, in fact, a bit of a latecomer to this business of voyaging insurgency. Al-Jazeera was a much earlier courier. After the extra-judicial murder of the Boko Haram leader, Mohammed Yusuf, the international network generously distributed gory videos of the incident, “which may have set the tone for the viciousness of the post-Yusuf Boko Haram.”

At the height of Qatar’s three-year conflict with Saudi Arabia, it would have been interesting to see how Doha would respond to a Nigerian Television Authority documentary on the alleged links of the Gulf state with some of the most violent extremist groups in the Middle East, including Al-Qaeda.

Nigeria’s political class has been largely irresponsible, having neither the aptitude to understand and tackle insurgency nor the honesty to admit its complicity. That is why the problem has grown from a few misguided itinerants proselytising for a theocratic state to armed terror.

Through it all, politicians have fueled the fire. They have used these itinerants as fodder. Sometimes, they send them bribes through emissaries. Yet at other times, they have posed with them for public photographs while the insurgents were decked in automatic rifles. And recently, they even made one of them a member of the state Emirate council. It’s absurd.

Yet, the only thing absurdum ad infinitum is giving them oxygen. It’s like throwing petrol into the fire to quench it.

What does it matter, some may say? If the mainstream media does not do it, social media will. If social media were available at the height of the IRA insurgency, the argument continues, Sinn Fein would not need access to BBC. Members of the group would have simply ignored Thatcher and made their own blogs and videos. Perhaps. But regulation is slowly but surely curtailing the malicious negligence of big tech, too.

Even though the distinction is becoming increasingly blurred, and even meaningless, mainstream media is different from non-mainstream because society believes that perhaps the media could still save them from the sludge. For the victims of terrorists and their families, giving oxygen to terrorists is a painful nightmare.

What is oxygen? Oxygen is a bandit saying on camera that guns and bullets are the only acceptable language of protest; it is a bandit warlord telling his interviewer that he doesn’t kidnap, he only kills his victims; it is Abu Sani saying in the BBC interview that will be watched over and over again by hundreds of his victims, that when he kills, he “feels no guilt.”

To be fair, unlike the widely shared video of the torture and lashing of victims of the Abuja-Kaduna train attack in which one of the terrorists gloated about his release from the Kuje Prisons and promised more attacks, BBC went the extra mile. It spoke with a few victims and included interviews with their families, too.

But disciples of Abu Sani who watched him gloating in that BBC documentary about replenishing his arms supply with millions of naira received as ransom have also been re-energised. That was oxygen.

It’s fair to argue that a failing government, bereft in the face of the daily loss of lives and cries of despair, would be unable to lift a finger without pressure or scrutiny. But the line between scrutiny and sensitivity need not be drawn in the government’s comfort zone. It should, instead, be a matter of public safety and security and our collective mental health.

That vital oxygen should be reserved for the victims and those on the frontlines.