Are Afghans freeloaders happy to use others as dogs in their own fight? 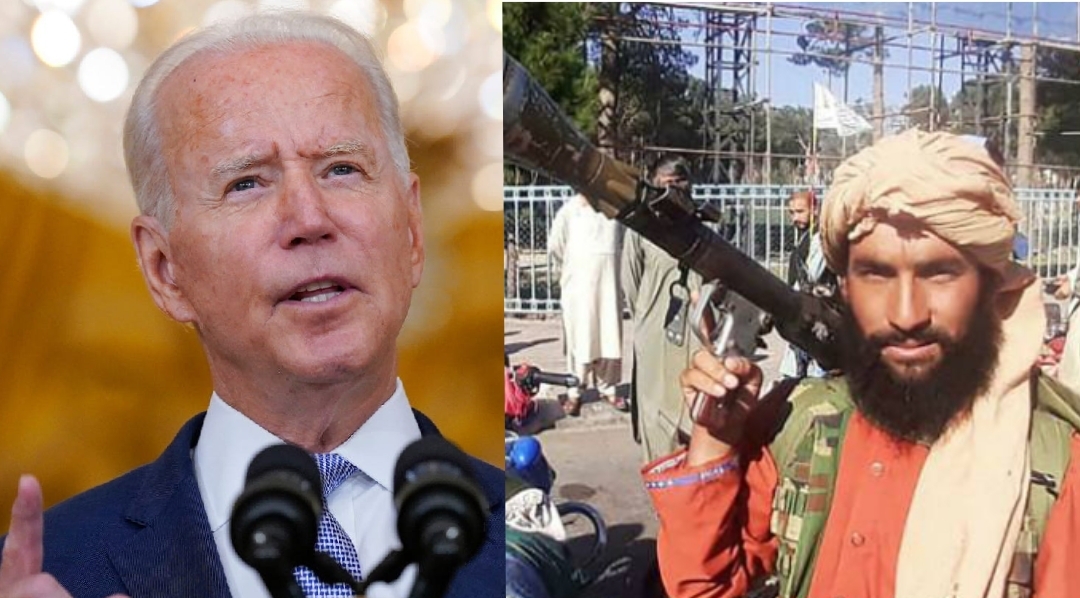 In journalism proverb, Afghanistan is a convenient shelter, the writer’s fantasy island from topical issues at home. In the current deluge of news from that country, however, that proverb appears to have lost its meaning.

There’s no need for escape to Afghanistan; the traffic is the other way, while Afghanistan’s mythical status is being supplanted by lies, damned lies.

One of the big, fat lies, for example, is that Afghans are cowards, too comfortable hiding behind their burkas and poppy fields to fight for their country.

Why should anyone die for them?

That was the essence of President Joe Biden’s message to Americans spread all around the world by major U.S. media outlets. But it’s a lie, a convenient lie to cover the humiliation of the U.S., after that chaotic and catastrophic pullout followed by the Taliban retaking of Kabul.

It was always going to be difficult explaining to Americans why after nearly 20 years of U.S. occupation, Taliban ended up replacing Taliban with an orderliness far more exemplary than the transition of power in the last U.S. presidential election.

Are Afghans freeloaders happy to use others as dogs in their own fight?

History tells a different story. The landlocked country roughly the size of Texas, located at Asia’s crossroads, has been of strategic interest to the world powers in their ideological and proxy wars, not to mention their shameless lust for the country’s mineral resources.

The defunct Soviet Union has been there. For 10 years (1979 and 1989), the Soviet Union occupied Afghanistan, used it as a buffer post against Western encroachment in the Cold War and ran it with an iron fist. Unbowed, the Afghans toppled the puppet Soviet regime after three years of a shambolic handover.

Led by the Mujahideen, mostly from the rocky countryside and with support from the West, Afghans fought the Soviets like mad. Over two million Afghan lives or about 11 per cent of its population died in the war. It was a long, brutal war. In spite of the odds and the large casualties, Afghans neither retreated nor surrendered. They fought to the bitter end.

The war also took a heavy toll on the Soviet Union. By some accounts, at the end of the war, the Soviet Union may have spent over $100 billion in today’s money with an estimated 15,000 soldiers killed, about 35,000 wounded and vital military assets lost.

Of course, the Afghans received plenty of opportunistic help. But a collateral lesson of the Afghan mission is that foreign troops and intelligence are vital in battle, but the war is ultimately won by the people and hardly ever by puppets or mercenaries.

In the end, however, it was their war and they fought it. Apart from the material losses inflicted on the occupying Soviet forces, they dealt a blow that further weakened the USSR and, according to some writers, hastened the collapse of the Soviet Union shortly after the war ended.

It’s a lie that Afghans are cowards who won’t fight for their country. If the U.S. finds comfort in this lie and the Soviets have conveniently forgotten their own humiliation, choosing instead to mock the U.S. defeat, surely the British – famous for their unwritten laws but yet full of rich tradition – still remember.

Soviet and British expansionist policy in the 19th and 20th centuries was the major cause of two Anglo-Afghan Wars, both of which left Britain humiliated, disgraced and despondent.

The comment of a British army chaplain in a memoir of the disastrous first Anglo-Afghan war, summarises the point nicely: “A war began for no wise purpose, carried on with a strange mixture or rashness and timidity, brought to a close after suffering and disaster, without much glory. Not one benefit, political or military, was acquired with this war.”

This does not read like an account of a coward country. Or the record from a place where the people depend solely on the benevolence of outsiders to fight their wars.

After defeating the British twice, routing the Soviets and forcing the US in recent days to exhume memes from Vietnam, it is ridiculous to suggest that Afghans are cowards, who prefer to watch others fight their wars.

But I understand. Biden’s message about Afghan cowardice was not for the rest of the world: it was for his American audience, who had been led to believe that the ragtag Taliban forces could not return to power in a thousand years.

After nearly 20 years, about 2,500 US soldiers dead, trillions of dollars in cash, allies in disarray and a poisoned chalice handed down from the last four presidents, Biden was justified to say: enough!

To make matters worse, Afghan President Ashraf Ghani ran away without giving his allies a hint. He did not even wait to take copies of his widely celebrated book, “Fixing failed states,” when he needed the book most.

He absconded when he should have stayed to repair the broken sovereignty gap he wrote about so glowingly and also to execute the framework for rebuilding his country, never mind rebuilding the world.

But Ghani the man is not Ghani the country. Rather than creating the impression that Ghani’s betrayal reflects poorly on the whole country, the U.S. must accept the events of the last few days as its own moment of soul-searching.

Damned lies about Afghanistan won’t help. A Western trope is that the place was always bound to collapse anyway because its political elite is hopelessly corrupt. That is largely true. But a coin, even a bad one, has two sides.

The military-industrial complex in the U.S., specifically the Pentagon and its contractors, cannot pretend that corruption among the so-called Afghan elite was a one-way street. It was mutually beneficial, or as we say in my neck of the woods, both parties scratched each other’s back.

Describing the squalid flow of largesse in the Afghan mission through inflated contracts and, sometimes, even the supply of poorly refurbished military assets, an article by Andrew Cockburn in the July 2021 issue of the Spectator, said it would be mistaken to assume that Pentagon has no strategy for the Afghan war.

In a cringeworthy summary, he described Pentagon’s strategy as, “Don’t interrupt the money flow.” From Vietnam to Nicaragua and from Korean to Iraq – and now Afghanistan – the US can hardly deny the complicity of its military elite in the corruption that has complicated and prolonged the conflicts. The malaise has also bred a tragic indifference, leading to the loss and destruction of thousands of innocent lives.

I should not be mistaken. The Taliban has a murderous history, which it cannot be proud of. Any state that hunts and murders its own citizens in the name of God or religion, tramples on the rights of women, girls and minorities as the Taliban notoriously did, should be called out and denounced.

And where they got away with murder before, the Taliban should not expect the world to believe that chewing microphones and hosting press conferences would be substitutes for respecting the rights and freedoms of its citizens and residents. The world is watching keenly.

It’s also America’s teachable moment. Yet, with the way the U.S. covered up the massive rigging in the last Afghan election just to prop its ally, it’s doubtful if any lessons have been learnt.

The Taliban was not always U.S. enemy. When America sided with the Mujahideen to supplant the USSR, providing arms, cash and intelligence, little did the U.S. realise they were breeding monsters – and one of the most deadly turned out to be Osama bin Laden, radicalised by the Soviet-Afghan war. Things fell apart after 9/11 when Afghanistan sheltered Al-Qaeda and Bin Laden.

The images of scores of Afghans clinging onto U.S. military transport planes as they climbed out of the Hamid Karzai Airport in Kabul will haunt, not just the US, but the world for a long time. Afghans born in the last two decades have not known peace. But they have seen pictures of greener pastures by friends and relatives who risked everything to migrate abroad and they covet that secure life.

These folks are not desperate to escape because they’re cowards, afraid to stand and fight for their country. Perhaps, they have only faint memories of the heritage of courage by their forebears forged in blood and iron in decades of warfare.

Yet, they’re human. They’re simply responding to the basic human impulse to seek a better life, wherever it is possible. And that, my friend, is not cowardice.