Banning Twitter in an already impoverished country is hardly in keeping with the President’s promise to lift 100 million people out of poverty. 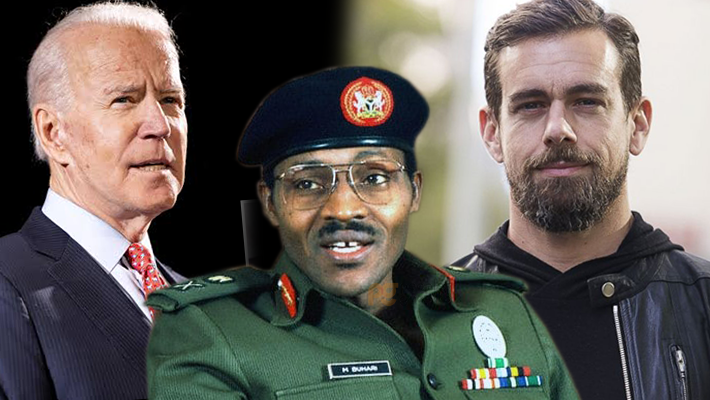 The Nigerian government thinks Twitter is the greatest source of its misery. After straining at the leash for months, it couldn’t resist swatting the microblogging platform with a ban last week.

But what does the ban mean, really?

It means that about 40 million users in Nigeria who are mostly young people would be unable to access the service through local service providers.

The ban means Buhari’s government is afraid of listening to its own citizens, especially the young ones. According to NOI Polls in November 2019, “Twitter users in Nigeria said that it is most effective in gaining attention for an issue or trending topic.”

The ban means more. It means that a government that is currently battling unemployment at 33 per cent, doesn’t really bother what happens to nearly 300,000 of its citizens who, by its own statistics, earn a living from ICT. Buhari’s government has been a compulsive job loss-maker and yet, it has no qualms making things worse. That is what the ban means.

Banning Twitter in an already impoverished country is hardly in keeping with the President’s promise to lift 100 million people out of poverty. At the height of the COVID-19 pandemic last year, the government advertised the 15 per cent contribution of ICT to the GDP as proof of its seriousness to modernise and diversify the economy.

And just a few months down the line an irritation by one nuisance called Nnamdi Kanu throws the government into a tantrum that is currently costing it $250,600 every hour. The Twitter ban tells us that the government is so confused it’s even prepared and happy to pay for its own mockery.

The ban also means that the government does not know its own history, or does not care. One of the major criticisms against Buhari, when he was running for president, was his poor record on press freedom and human rights.

He responded, quite sensibly, that the draconian laws on his watch as military head of state reflected the very nature of military regimes. He added, however, that he had since become a “reformed democrat.” If he could ban Twitter for deleting his tweet, and he is a reformed democrat, what would he have done if he was not reformed?

His action also means he doesn’t quite understand Nigeria’s struggle against tyranny, or he doesn’t care. No leader, military or civilian, who has ruled with an iron hand has ended well. Before Twitter, Nigerians used plays, drama, songs and other art forms, apart from a vibrant press, to express themselves in spite of the government. Banning Twitter only instigates their creative genius.

Nigerians are voted the world’s happiest bunch because they have a big mouth and they’re not shy to use it. It was this gift that was generously deployed against then-President Goodluck Jonathan by Lai Mohammed, the opposition party spokesman, and members of the All Progressives Congress (APC), making Jonathan one of the world’s most abused presidents. Yet, he took it in his stride.

The Twitter ban means, more tellingly, that Buhari’s government is still in the mode described by Kaduna State Governor Nasir El-Rufai in 2010 when he said Buhari, then the presidential candidate of the Congress for Progressive Change (CPC), did not know the difference between a Blackberry phone and the blackberry fruit.

Buhari’s government is apparently lost between Twitter the microblogging site and Twitter the bird. Twitter is not a spirit or a committee that decides whose tweet to delete and whose to leave. There is a system for handling complaints.

A report on its action requests site, for example, showed that between January and June 2020, 93 countries filed 12,657 requests for information from accounts, presumably for matters related to perceived violations.

Complaints may be filed under the company’s emergency or routine action rules. Under the former, requests for disclosure of information about accounts are provided if the information is given to support good faith belief of imminent threat; and in the latter case, or routine non-emergency, requests are treated when they are backed by legal demands issued by subpoenas, courts, warrants, and so on.

In the report, requests for the two types of reports increased by 44 per cent over the previous reporting period and compliance was 36.7 per cent against 40.4 per cent previously. Three countries – the U.S., India and France – topped the request list.

While the report for the last six months is still being awaited, Buhari’s government did not cite a single instance of the government request for information about anyone or group. Nor did it file any complaint about redress after the President’s tweet was deleted. Jack Dorsey does not have to like or dislike Buhari to delete his tweet. The President or his followers only need to file a request with reasons or basis for action.

But the government says it’s not about money, jobs or any infringement on personal liberties. It also says it’s not true that Buhari has conscripted Nigeria into this Twitter war to save the President’s personal ego bruised by a deleted message.

It says the ban is about national security and accuses Twitter of aiding and abetting the Indigenous People of Biafra (IPOB), the banned separatist group determined to dismember the country’s South-East.

There’s a bit of history to the government’s Twitter tantrum.

During the #ENDSARS protests last year when hundreds of young people marched to demand an end to police brutality among others, Jack Dorsey backed them, making the government mad.

The scar had barely healed when Twitter snubbed Nigeria and, instead, opened its first Africa office in neighbouring Ghana, with a backhanded comment about “free speech, online freedom and open internet”, aimed at Nigeria.

The message was not lost on the Nigerian government. Mohammed blamed the lack of patriotism among Nigerian journalists and the country’s negative portrayal in the media as the reasons why foreign businesses were looking elsewhere and once again, dredged up memories of Twitter and #ENDSARS.

Complaints against tech giants are not new, and not altogether unfounded. The cookies and bots these companies deploy prey on our vulnerabilities and map our lives relentlessly while algorithms keep us addicted to the very thing killing us.

After the allegations of Russia hacking in the 2016 U.S. presidential elections and the scandalous role of Cambridge Analytica in that election and in Brexit, tech giants have been forced to take greater responsibility. And with the increasing influence they exert on mindshare worldwide, the pressure on them to act responsibly will not – and should not – recede.

But the platforms also have a responsibility to protect their users from powerful arbitrary forces wherever they may raise their ugly heads. The Buhari Twitter saga, just like former U.S. President Donald Trump’s rascality, highlights just how important and compelling is the need for user vigilance and protection.

Twitter is not Nigeria’s problem and Buhari does not need the futile mission of waylaying citizens on social media. Nigeria’s problem is that Buhari’s government has lost its way. There’s only a narrow track left that leads to lip-service and self-aggrandisement by a handful.

The government is failing on every major promise it made six years ago and is failing terribly where it matters most: security. Yet, every day it promises a different result while stubbornly determined to do things the same old way.

It’s not Twitter, Buhari; it’s your government. While Twitter tantrum may boost the testosterone levels of some people in the government, we’ll soon wake up to find that like all aphrodisiacs, the effect would wear off, but the problem remains.