Buhari’s government must end the shameful avarice and illegality and do what the law says. 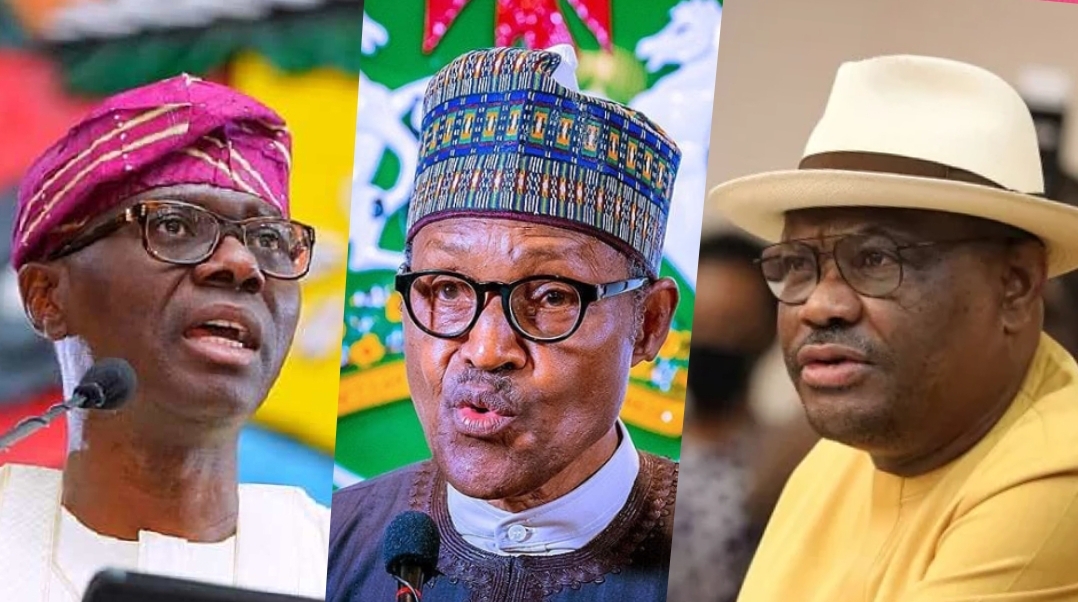 The guns of Nigeria’s three-year civil war were silenced 51 years ago, but in the battle for a truly federal state, the echoes of warfare have never been more resonant.

On August 10, Rivers State, which at an average monthly federal receipt of N12 billion, is the third richest by dole amongst Nigeria’s poor 36 states, started a war with the Federal Government over the collection of Value Added Taxes (VAT).

The state governor, Nyesom Wike, a lawyer by training and leading member of the opposition People’s Democratic Party (PDP), found a loophole in the tax law. He got a ruling of the Federal High Court in Port Harcourt which affirmed that states, and not the Federal Government, are supposed to collect 100 per cent of VAT.

The ruling, which could cost an already cash-strapped Federal Government significant revenues, also set off a chain of reactions from Lagos – and at least five other states – eager to cash in and reverse decades of lopsidedness in the country’s fiscal landscape. Only Kogi State, pleaded for charity and brotherly love, instead of law or economics – a plea that should have been directed elsewhere.

The current row may have been sparked by the nearly 60 per cent drop in state revenues in a season when COVID-19 and the crash in oil prices have brought Nigeria’s prodigal government to its knees.

But the war between states and the Federal Government has a long, chequered history, dating back to the civil war era. Carving out the oil-rich Rivers State from the Eastern region was, perhaps, the first significant move to redraw the federal map at the onset of the war. It was an emergency, a strategic move by the Federal authorities to cut off supply, especially oil supply, to Biafra. It proved decisive.

It would turn out to be not the last, but the beginning of a series of brazen encroachments that has left states which were mostly created by the military without a thought for their viability, as mere receptacles of federal benevolence and brutality. The long spell of military rule after the civil war made matters worse. In contrast to the pre-civil war era, it reduced the states to zombies of Lagos (and later Abuja from 1991).

Victor Attah, former governor of the Southern Nigerian state, Akwa Ibom, said in a paper on the onshore/offshore dichotomy, for example, that up till 1970, derivation (revenue from minerals derived in the regions), stood at 50 per cent.

After the civil war, Attah said, Decree 113 of 1970 put forward by the late sage Chief Obafemi Awolowo and promulgated by General Yakubu Gowon reduced derivation to 45 per cent and at the same time appropriated the entire offshore oil revenue to the Federal Government.

The states endured. There was not much resistance that could reasonably be expected under the unitarist military rule. Also, it was thought that after the civil war, the Federal Government required considerable resources to rebuild the country.

But soon, like in most emergencies, understanding became indulgence and indulgence turned into abuse.

In his first coming, General Olusegun Obasanjo extracted another 20 per cent to the centre, and his successor, President Shehu Shagari, took yet another 20, reducing onshore derivation to five per cent.

By the time Obasanjo returned to office as civilian president 20 years later, the restiveness in the Niger Delta had boiled over. It had become so dangerous that the ad hoc measures, such as the creation of special funds and agencies by the governments before his, could barely contain the negative impact of the crisis on the country’s oil receipts.

Instead of risking any legal landmines, however, Obansanjo settled for a “political solution”, in the now-infamous onshore/offshore dichotomy, a fiscal gerrymandering which left at least 20 states worse off and the Federal Government twice as crookedly rich.

Nigeria is back at the same spot. Only this time the dispute is not about oil or derivation, but about VAT, the crown jewel of the top seven taxes in the country. It’s politically convenient to demonise Wike or to treat the current dispute as some sort of abhorrent beggar thy neighbour politics.

But the trouble is not with Wike. It is with those whose thinking has been so jaded by years of military rule they just can’t get over themselves. This VAT crisis should be a welcome lobotomy.

There’s nothing that Wike has done in respect of the current VAT controversy that is outside what the constitution provided for. The tax items under the exclusive jurisdiction of the Federal Government, such as stamp duties, taxation of incomes, profits and capital gains are listed in the exclusive legislative list. No one is quarrelling with that.

It’s shocking that those who have spent years clamouring for the restructuring of the country have conveniently lost their tongue or yielded to be taken hostage by cowardice in the current VAT debate.

It’s not about Wike. In a viral video, the Chairman of the modified VAT committee, Emmanuel Ijewere, told Channels TV in an interview apparently even before the increase in the VAT rate to 7.5 per cent, that the original plan when VAT replaced sales tax in 1994, was for states to keep 100 per cent of VAT income. The Federal Inland Revenue Service (FIRS) was supposed to receive five per cent of the proceeds as administrative cost, for easing the confusion brought on by multiple sales taxes in the states.

That plan was discarded in spite of the original intention of the military government and in total disregard of the clear provisions in section 162 (1) of the constitution which excludes VAT or taxes on sales and consumption from the schedule of Federal Government taxes. Abuja grabbed more than its legitimate share.

This is not a one-off transgression. It’s a consistent pattern of wide-ranging impunity which began with appropriating minerals to prosecute the civil war and later expanded to cover swathes of economic and social activities from policing to prisons, copyright to trade and waterways, among others.

Lagos State, especially under Governor Bola Ahmed Tinubu, reclaimed acres of federal wasteland through judicial intervention and brought relief to the states in areas such as betting, town planning laws, creation of administrative councils, and taxes in the hospitality sector.

I’ve heard the argument that in the end, Rivers State and the six other states challenging the VAT law may not benefit from it as much as they thought; that the VAT on alcohol which is the favourite trope of opponents of the current system is only three per cent; and that on account of the considerable receipt from the VAT element of import tax, the Federal Government may, in fact, be better off in the end.

Nonsense. It’s the same warped argument that has kept the Federal police a monstrous shambles that it has been all these years because some say that whereas it’s OK for the Federal police to brutalise and exploit innocents, police in the hands of states would be turned loose on the enemies of governors. We love federal oppression so much we’re happy to be sacrificed for it.

The point is not whether states will gain or lose more if they got 100 per cent of the VAT. It is whether in a democracy, we are ready to do what the law says, however inconvenient. Until the law is amended – and the Federal Government’s desperation indicates that it knows it’s on a wrong footing – the government of President Muhammadu Buhari should obey and stop the authority stealing.

The matter of efficiency of modes of collection can be discussed by all parties and hopefully, they can reach a common ground. But the unilateral decision of the Federal Government to appropriate VAT beyond its residual administrative fees for the past 27 years must be condemned by all and called out for the fraud that it is.

The benefit of not being a lawyer is that I enjoy the freedom to not think in blinkers. Those hiding under the ruling of the Court of Appeal that the parties should maintain the status quo ante as an excuse for delaying the enforcement of the ruling of the lower court are mistaken.

Buhari’s government must end the shameful avarice and illegality and do what the law says – until it is amended.