“Bandits have converted some forests in the state to hideouts.” 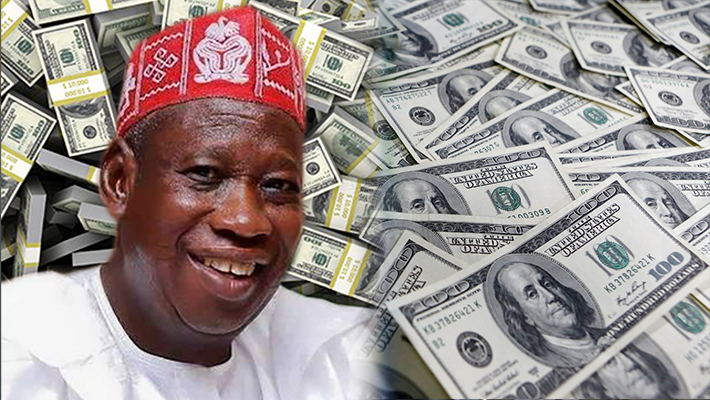 Governor Abdullahi Ganduje of Kano State has raised an alarm over alleged grouping of bandits in Falgore forest in Kano, calling on the military to take urgent action against the gathering.

Mr Ganduje made the call when he visited the Defence and Services Headquarters on courtesy calls on the service chiefs in Abuja on Thursday.

He said that bandits had started grouping themselves in the forest, adding that they might be planning to carry out attacks on communities in the state.

The governor said the state government was working hard to open up the forests, saying he was committed to supporting the security agencies to sustain relative peace in the state.

At a meeting with the Chief of Army Staff, Major-General Farouk Yahaya, Mr Ganduje urged the Nigerian Army to hasten the work on the Army Training Depot at Falgore forest.

He said this was to ensure that the military took total control of the forest.

Mr Ganduje attributed the prevailing peace in the state to the cordial relationship between the government and security agencies.

“I am also here to seek the help of the Nigerian Army to sustain the peace in Kano State; bandits have converted some forests in the state to hideouts.

“We are building houses, schools and hospitals for the herdsmen in some of the forests but we want the Army to commence activities at the Falgore forest,” he said.

Responding, the Chief of Army Staff, promised to visit Falgore to see how work could resume on the army training facility in the forest.

Mr Yahaya said that the Nigerian Army in synergy with sister services and other security agencies was committed to overcoming security challenges across the country.