The Chief Security Officer (CSO) of the construction company, Aladeselu Olatunbosun, while speaking with The Gazette, described the attack as evil, shocking and devastating. 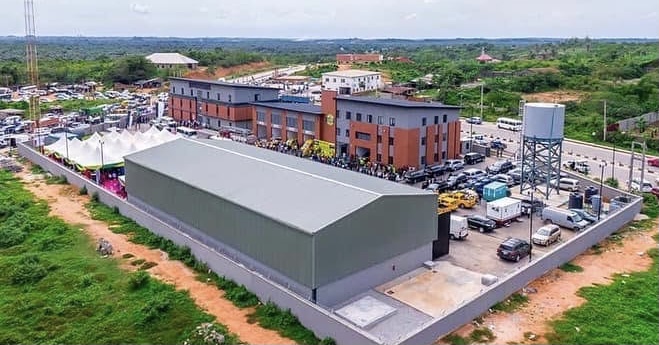 Two persons were injured in Wednesday night’s attack on

Security guards Abraham Opara and Lawrence Rigumah received the assailants gunshots in their bodies and were left for dead by the gunmen who launched dynamited and continued shelling at the site located at the Folahanmi area of the town as construction workers scampered for safety.

The Gazette last night reported that the attack sent shocking waves across the town that was still smarting from a June 5 massacre of over 40 parishioners at St Francis Catholic Church.

The Chief Security Officer (CSO) of the construction company, Aladeselu Olatunbosun, while speaking with The Gazette, described the attack as evil, shocking and devastating.

Mr Olatunbosun, who disclosed that the gunmen stormed the premises during a downpour, said the construction workers were attacked with improvised explosive device (IED).

“It was raining heavily when they stormed this place yesterday (Wednesday) night and they first shot at two of our men outside the building while the remaining of us quickly ran inside.

“Thinking that those two are dead, they began to shoot sporadically at the building and threw dynamite inside one of the rooms. It was dark and no one could even see their faces.

“We did not record any death in the attack apart from the two men that were injured with the bullet wound but I am shocked and wondering what could be the mission of these attackers”, he said.

The victims are currently receiving treatment at Federal Medical Centre (FMC), Owo,  where they were rushed to after the attack.

One of the victims, Mr Rigumah who managed to speak with The Gazette at the hospital, said the gunmen were strategic about the attack on the company.

“If I did not make mistake, they came around a few minutes past 8 in the night when it was raining and shot at everyone before using explosive devices,” he added.

The Ondo Commander of the Amotekun Corps, Adetunji Adeleye, who visited the scene after the attack said his men are on the trail of the attackers.

The Owo massacre drew wide condemnation from both local and international authorities.

In May, gunmen kidnapped an expatriate, Wali Duo, in Owo, working with a construction company. The gunmen, who were masked, killed Mr Duo’s driver and a soldier attached to him, before whisking the Lebanese away into the forest.