Mr Campbell was speaking in the light of the fall of the Afghanistan government and the takeover of similar high-grade military jet fighter by the Talibans. 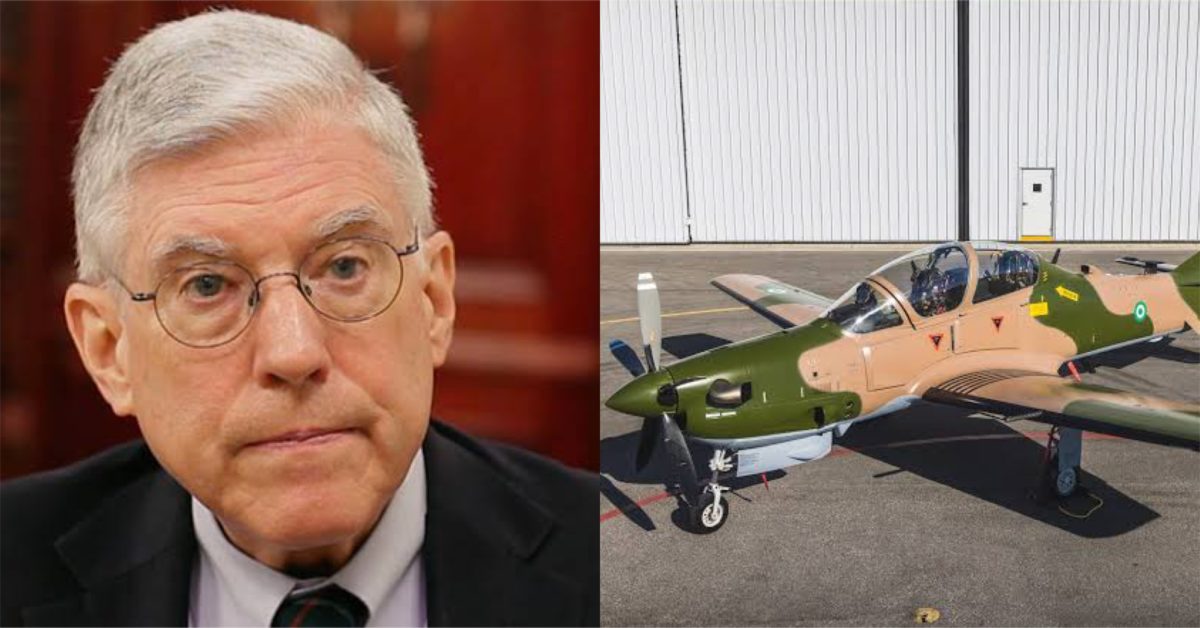 A former United States Ambassador to Nigeria, John Campbell, has warned of a possible takeover of the recently acquired Super Tucano fighter jets by bandits and terrorists.

Mr Campbell gave the prediction in the light of the fall of the Afghanistan government and the takeover of similar high-grade military jet fighter by the Talibans.

The U.S. had also sold 23 Super Tucanos to the Afghan government to combat the Talibans but the Talibans are now in control of at least one the assault jets following the collapse of Ashraf Ghani’s government.

“Though it seems unlikely at present, there is also the potential that a Super Tucano could fall into the hands of a jihadi terrorist group,” Mr Campbell wrote for CFR, citing instances of how terrorist groups seized other military equipment in Nigeria.

In August, a Nigerian Air Force fighter jet returning to base from a mission on the Zamfara-Kaduna border crashed under intense gunfire from bandits.

The pilot escaped by the whiskers, leaving the wrecked aircraft behind.

NAF officially inducted the six A-29 Super Tucano fighter jets on Tuesday, to aid its fight against insecurity in the country.  Nigeria was said to have purchased the A-29s at about $500 million through Foreign Military Sales (FMS) programme. The American embassy in Abuja had described it as the largest sale in sub-Saharan Africa.

During the induction ceremony of the Super Tucano jets, U.S. Department of Defence leaders who were also present said that the “aircraft will assist the Nigerian Air Force in their fight against violent extremist organisations including the Islamic State West Africa Province.”

A statement by the embassy also disclosed that the U.S. is providing $36.1 million in infrastructure as support at the Kanji Air Base, where the Super Tucanos will be housed.

Additionally, 64 Nigerian pilots have been trained at an American air force base on how to handle the aircraft.

Mr Campbell also expressed worries on whether the aircraft will be used to combat terrorism or used against other targets such as “the Biafran agitators or Delta militants.

“Now that the Super Tucanos are part of the Nigerian Air Force, an issue will be how they are used. Will they be used only against jihadi terrorists in the North, or will there be the temptation to use them against other targets, such as Biafran separatists, Delta militants, or even cattle rustlers? Broader use increases the potential for civilian casualties.

“A Biafran separatist movement, the Indigenous People of Biafra (IPOB), is suing to block the sale in a Washington, D.C. court,” he added.

The Nigerian government has over time relied on U.S. arms and military equipment sales to help combat insecurity. While the country battles a myriad of security challenges, critics and rights organisations oppose the sales of the aircraft to Nigeria, citing the Buhari regime’s constant abuse of human rights.