Despite being plagued by a succession of injuries, the Nigerian striker scored 20 goals in the league to pip Real Madrid attacker Geyse, who had 19, to the award. 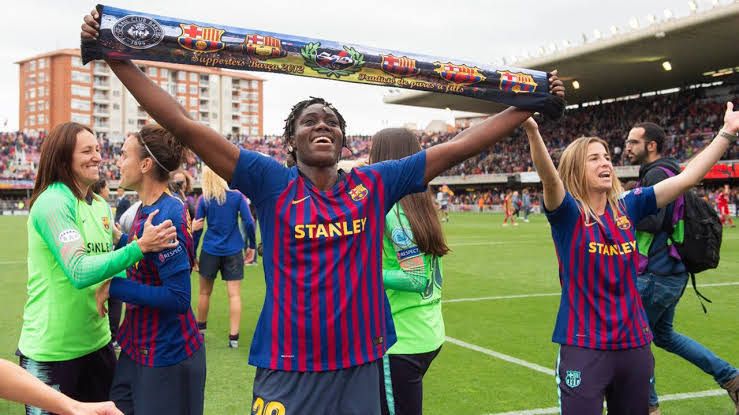 Super Falcons and FC Barcelona striker Asisat Oshoala has won the Pichichi award for the highest goalscorer in the Spanish Primera Division.

Despite being plagued by a succession of injuries, the Nigerian striker scored 20 goals in the league to pip Real Madrid attacker Geyse, who had 19, to the award.

Behind Geyse are Oshoala’s teammates Lieke Martens and Alexia Putellas, who finished the season with 17 goals.

Barcelona were crowned champions for the third season in a row, and Oshoala’s goals played a significant role in ensuring victory.

The team also created history by winning all their league games, 30 in all.

Oshoala spent four months out due to injury but still managed to be in contention for the award following a blistering start to the season.

She became the third Barcelona player to win the prize after Sonia Bermúdez and Jennifer Hermoso.