The reality TV star’s disclosure has now revived heated debates between his supporters and those of evicted housemate, Erica Nlewedim. 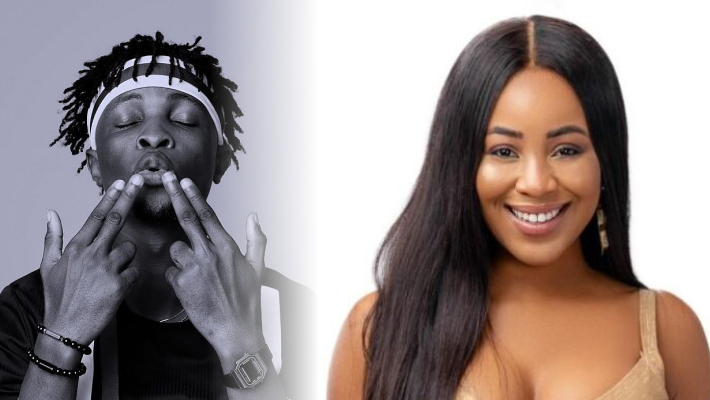 Olamilekan Agbeleshe, Laycon, informed other housemates that he has an SC genotype but rarely mentions it for fear of people looking at him as a sickly child.

“I do not tell people my genotype because I feel they would think I am sick,” he told four other housemates during a discussion about their genotype and blood group. The five remaining members of the show are slugging it out for the N85 million prize.

Laycon’s disclosure has now revived heated debates between his supporters and those of evicted housemate, Erica Nlewedim. Once best of friends, Laycon was at the receiving end of Erica’s vituperation over some unresolved issues in Big Brother’s house weeks ago.

Erica’s outburst under the influence of alcohol, many reckoned, was an act of body shaming the skinny man, albeit having a premonition of his health condition.

Erica’s loyalists are wont to assert that their favourite has no malicious intent to body shame Laycon, arguing that she had no prior knowledge of the man’s genotype before the alcohol-induced rant.

“That apology they are looking for, for an issue that is not even there. On top of a genotype that star girl did not even know about? They will not find it in Jesus’ name. Star girl!!! Continue to stand your ground. They deserve nothing!!!! #EricaOnceSaid #EricaNlwedim,” tweeted a user with the username ‘A Lover of Star Girl’

There are many who also believe that her outburst was as a result of a mental breakdown occasioned by alleged manipulative move by Laycon on her.

Staunch “stanners” of Laycon however disagree. They maintain that the lady erred.

“So Erica knew Laycon’s Genotype. She knew that Laycon is SC yet she used it against him, body shamed him and said he would die before 50. This is just too sad!

Now we understand what she meant in this video.”Olufunmilayo Harvey, a popular Twitter influencer has no kind words for Erica on the matter.

The debate has raised the level of awareness on sickle cell disease amongst young people. The SC strain of the sickle cell disease is a rare hemoglobin occurrence. Some social media users say they have never heard of it prior to Laycon’s disclosure.

A Twitter user, ‘Dehkunle of Africa’, said he did not come across the topic throughout his secondary school.

Kanu Collins said he would not have known that other types of genotypes such as AC, CC and SC exist if not for the revelation from Laycon.

Haemoglobin (Hb) SC is a variant of the sickle cell genotype. It occurs when a person inherits Hb S from one parent and Hb C genotype from the other parent. The medical condition is prevalent in West Africa.

Hb SC carriers often experience less severe crisis compared to carriers of the Hb SS genotype. Notwithstanding, they are at the risk of breakdown when the disease sets in.

Patients with Hb SC disease often have a longer lifespan than patients with Hb SS and have fewer painful episodes. In the United States the median life span for men is 60 years and for women 68 years.

The latest consciousness about severity of the risk of sickle cell genotype in individuals underscore the importance of having intending couples ascertain their health statuses before consummating their relationship.