A neighbour said the man could not bear plans by the lady to marry another man. 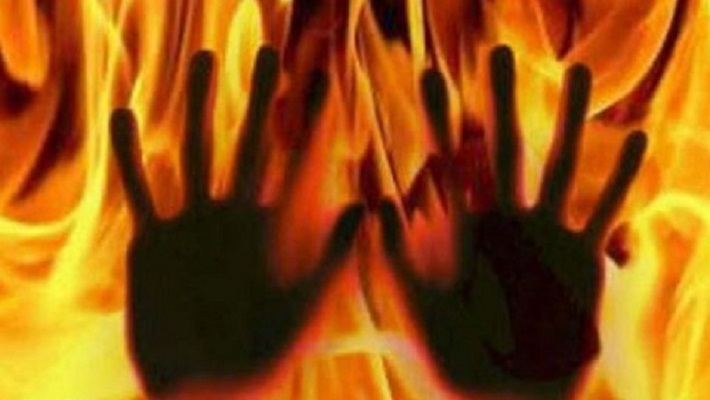 Someone set ablaze used to tell the story.

The Police Command in Benue, on Sunday, said that a middle-aged man, simply identified as Nicodemus, has set himself and his girlfriend ablaze in Makurdi.

The command’s Spokesperson Catherine Anene, told NAN in Makurdi that Mr. Nicodemus died on the spot, while the girlfriend, also identified as Shiminenge, died later at the Benue State Teaching Hospital, Makurdi.

Ms. Anene explained that Nicodemus committed the act at his girlfriend’s residence on Inkipi Street, High-Level area of Makurdi on Saturday evening.

She said that an argument had ensued between them, adding, however, that the cause of the argument was unknown.

The police spokeswoman said that Mr. Nicodemus had locked himself and the lady in her room before setting the room ablaze.

“According to an eyewitness, there was an argument between them which we are yet to find out.

“We understand that Nicodemus, while coming to Shiminenge’s house, came along with fuel.

“He used the fuel to set himself and the lady ablaze after locking the house from inside,” the police spokesperson said.

A neighbour of Ms. Shiminenge told NAN correspondent that Mr. Nicodemus had abandoned his wife and kids for the lady and that trouble ensued when the lady told him of her plan to marry someone else.

“Nicodemus was not happy with the lady over her decision to leave him for another man.

“He had earlier abandoned his wife and kids for Shiminenge. So, he couldn’t bear the disappointment,” the neighbour, who preferred anonymity, said.