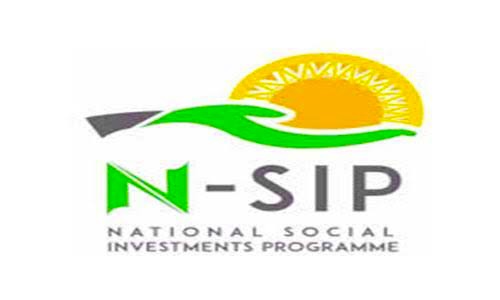 A bill to institutionalise the National Social Investment Programme (NSIP) has scaled second reading in the Senate.

This was sequel to the presentation of the lead debate on the bill’s general principles by the Senate leader, Ibrahim Gobir, during the plenary on Tuesday.

The bill, which is an executive bill, was read for the first time on Wednesday, November 30.

President Muhammadu Buhari had, on November 29, written the Senate, requesting that the upper chamber considers and approves the executive bill.

Leading the debate, Mr Gobir, who is the Senate Leader, said the bill is titled, “A Bill for an Act to provide a legal and institutional framework for the establishment of the National Social Investment Programme for the assistance and employment of the poor and vulnerable in Nigeria; establish a National Social Investment Programme Agency for the purpose of managing the implementation of the programme and for related matters, 2022.”

Mr Gobir said the objective of the NSIP establishment bill was to provide a statutory and institutional framework for implementing the programme.

He said the NSIP was created in 2016 by Mr Buhari to address socio-economic inequalities and alleviate poverty among Nigerians through four social support programmes.

Seconding the debate on the bill, Senate Deputy Leader Robert Boroffice commended the federal government for trying to codify the social investment programme, which hitherto had been haphazardly managed.

Similarly, Michael Nnachi (PDP-Ebonyi) said the codification of the bill would create a modality of assessment, data collection and accountability, which would be community-based.

In her contribution, Biodun Olujimi (PDP-Ekiti) said, “what we have had since the inception of this government has been good thoughts but faulty implementation.

“We have never had a system where the ordinary people are properly catered for.

“There was no transparency in what we had, but this bill will stop all that. It will bring about transparency.”

Chairman Senate Committee on Special Duties, Yusuf Yusuf, said a lot of accusations had been said about the implementation of the NSIP.

“Now we are pleased it has come as an executive bill for us to establish a system through which proper implementation can take place whether it is N-power, school feeding programme.

“All these are excellent programmes that are supposed to be fully implemented. It is going to be one of the best programmes for social investment in the country,” Mr Yusuf said.

In his remarks, Senate President Ahmad Lawan said, “We are unanimous that this bill is a very good bill and very important, and of course, it also testifies the fact that the government wants an improvement in the way and manner the various programmes are implemented.

“I believe that this is an effort by the administration to ensure that there is a legacy for this programme and also a legacy that can make the programme more transparent, more efficient and more effective.

“We really did not get it right in many ways, even to identify those who should be beneficiaries.

“Now that we are creating an agency, we shouldn’t make it an all-government affair. Let there be private people, CSOs, so that government at all levels is supervised.”

Mr Lawan thereafter referred the bill to the Senate Committee on Special Duties for further legislative action to report back in two weeks.