The former navy commodore said some of those backing Boko Haram are now top-ranking government officials in Mr Buhari’s regime. 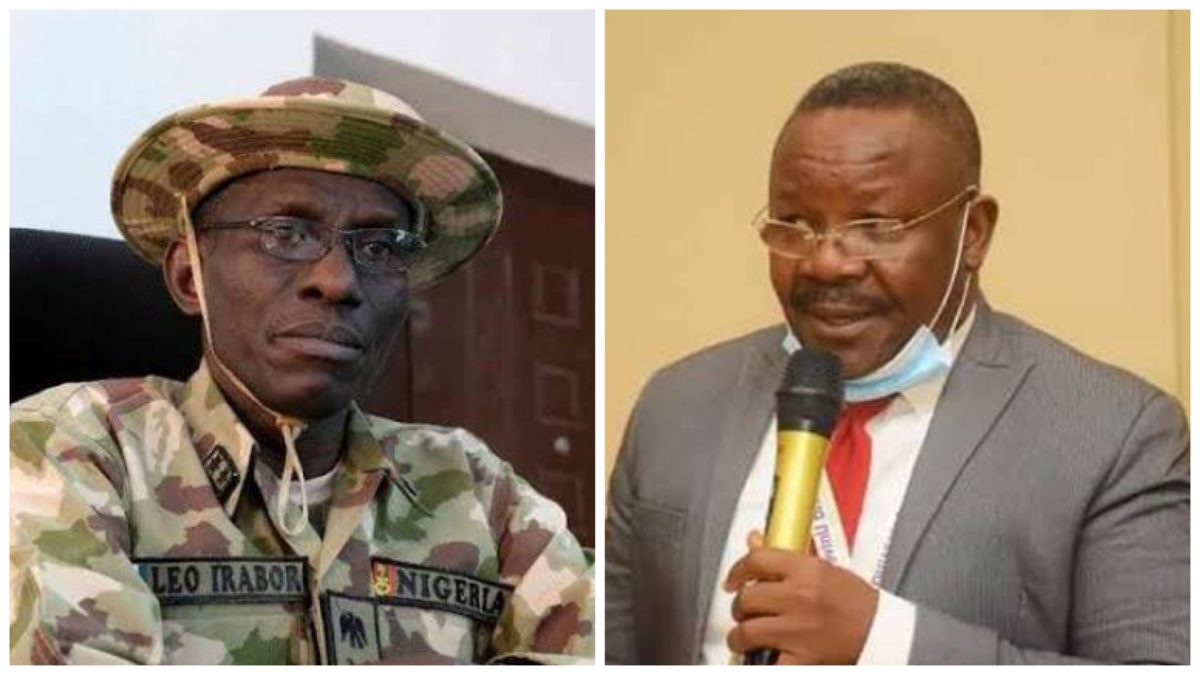 The Defence Intelligence Agency has summoned Kunle Olawunmi, a former navy commodore, following his revelation about top-ranking officials of the Buhari regime who are allegedly sponsoring the activities of Boko Haram.

Although it is unclear if it has other agenda, a message by the defence headquaters claimed it was summoning Mr Olawumi to enable him shed light on information that would aid in the regime’s fight against terrorism.

“You recall he said he is privileged to have lots of information during his media interview on Channels. He was only invited through text message to come over as a retired military officer to shed more lights with the information that would assist the AFN to further fight against terrorism, insurgency and banditry,” the message seen by Peoples Gazette partly read.

This follows Mr Olawumi’s interview with Channels TV, where he alleged that the Buhari regime was familiar with sponsors of terrorism but yet to bring them to book.

“The government has developed cold feet in fighting the insurgency because some of those backing Boko Haram are now top-ranking government officials,” the military intelligence expert had said.

“Why can’t this government, if not that they are partisan, bring those people out for trial?” he added.

Alleging that some of the sponsors are senators, ministers and top officials of the current administration, he said “I can’t come on air and start mentioning names of people that are presently in the government – that the boys (terrorists) that were arrested mentioned. Some of them are governors.”

A report by Sahara Reporters had stated that Mr Olawumi had been declared wanted following his revelations.

“The agency has declared retired Navy Commodore Kunle Olawunmi wanted for spilling the beans over Boko Haram sponsors in the Buhari regime. They asked him to come with his international passport on Tuesday to the DIA office in Abuja,” the outlet quoted a source.

On July 26, the UK Parliament also declared that the Buhari regime’s actions indicate support for incessant terrorists and bandits’ attacks targeted at individuals and communities.

Citing the shooting down of the Nigerian Air Force fighter jet by bandits, they expressed worry that the country was now under the control of non-state actors unleashing terror at will, particularly in the North-East and North-West.

“Nigerian citizens are currently at the mercy of non-state actors who have been allowed to evolve and now have the capacity to shoot down a fighter jet, as has recently occurred in Kaduna,” said the Parliament in a protest letter to Dominic Raab, UK foreign secretary.

Mr Buhari’s regime has been widely condemned by critics and the opposition Peoples Democratic Party for not prosecuting bandits.

In response to the criticisms, Minister of Information and Culture, Lai Mohammed, said since banditry was not a federal offence, it is not the federal government’s responsibility.