The event is the ongoing 2nd Betsy Obaseki Women Football Tournament in Benin. 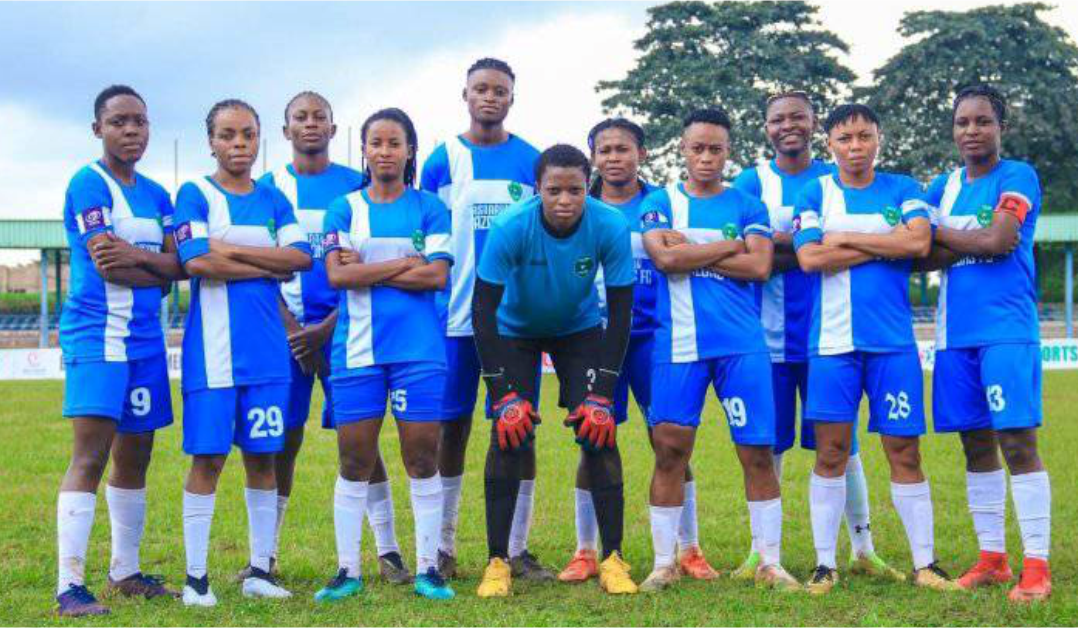 Nasarawa Amazon of Lafia on Saturday walloped the Braveheart Ladies of Benin 10-1 to seal a spot in the quarter finals of the ongoing 2nd Betsy Obaseki Women Football Tournament (BOWFT) in Benin.

The Amazons, a Nigeria women football league team, proved their might against the Benin amateurs in one of the day 3 matches at the University of Benin Sports Complex.

The Lafia girls had earlier secured a 2-0 victory over Robo Queens FC of Lagos, thereby amassing the six maximum points to lead Group A.

Meanwhile, in a Group B match, Royal Queens FC of Warri recorded a 2-0 victory over the RoyalToms International.

With the victory, the Royal Queens have similarly zoomed to the next stage of the women’s event, joining the Edo Queens in Group B to book a place among the last eight.

Similarly, Heartland Queens of Owerri had a walk-over on the Osun Babes FC of Osogbo, due to their failure to turn up for the game.