Health minister Osagie Ehanire says Nigeria produces about 3000 doctors every year, with 1,000 of those relocating abroad. 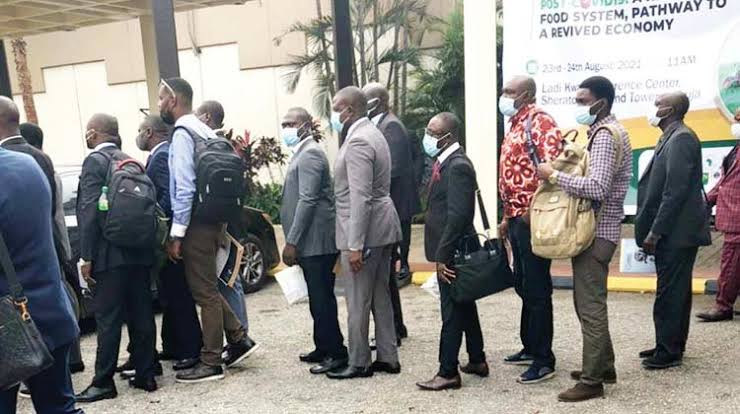 The Minister of Health, Osagie Ehanire, says Nigeria produces about 3000 doctors every year, and the number that are leaving is just about 1000, “so, there is indeed a surplus of doctors.”

Nonetheless, Mr Ehanire said the federal government was working toward improving the condition of service of Nigerian doctors to check the migration of the medical personnel.

The minister disclosed this when he was featured on the News Agency of Nigeria (NAN) ministerial forum in Abuja.

He also said the federal government had been working toward engaging experienced Nigerian doctors living abroad so they could offer healthcare services to Nigerians virtually.

“We are also talking about engaging those who have spent many years abroad who are specialists who are highly specialised who know a lot of high tech medicine to engage them to work with us even if it is virtually so they can do virtual consultations.

“They can come here every three months or six months for a few weeks and do some work hands-on so that we can gain something from their experience and knowledge.

“This is so that we can harvest the knowledge and skills that they developed after working for many years in highly developed countries,” he said.

Mr Ehanire, who described the migration of health workers, especially doctors and nurses, as a global phenomenon and not peculiar to Nigeria, added that people in those professions were becoming a very mobile professional group.

“I have spoken with health authorities in the UK, and they have told me that their doctors are also leaving for Canada, New Zealand and other countries where the pay is better.

“As far as we are concerned, it is the very experienced ones who leave we have issues with.”

According to the minister, the federal government is also working on civil service rules to make the replacement prompt so that once a doctor leaves, he or she can be replaced within a week.

Mr Ehanire explained that many doctors were still in search of where they could do their internship or serve their residency, saying that “once they undergo some training, the younger ones could easily be replaced quickly.”

The migration of doctors and other health personnel from Nigeria to other countries of the world has increased astronomically, and the story is that there are better working conditions and remuneration abroad.