The citizens took part in a series of protests that held across the country on Thursday against poverty, corruption and insecurity. 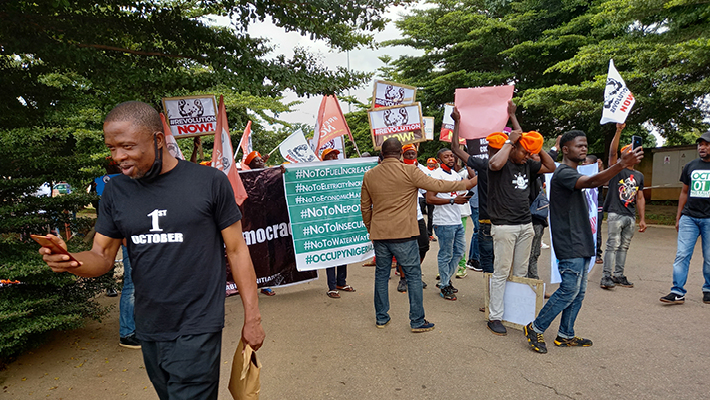 The police have charged 30 Nigerians who took part in yesterday’s protests before a magistrate in Lagos.

The protesters were brought by a team of police officers to the Chief Magistrates’ Court, Yaba, shortly after 10:00 a.m.

The police are filing charges that include “illegal protest”, Peoples Gazette learnt from lawyers involved in the case said. The Nigerian Constitution allows free protest and agitation by citizens, but the police have regularly sought to muzzle those rights.

They were subsequently granted a N50,000 bail per person, with sureties to be provided. The matter was adjourned to a date to be determined.

The accused  were arrested while marching from Ojota to Maryland to draw attention to widespread poverty, corruption, insecurity and other crises assailing the country. They have been in detention since yesterday.