Mr Musa was testifying on Thursday as EFCC’s 12th witness in the ongoing alleged bribery charge filed by the commission against of Senator Shehu Sani. 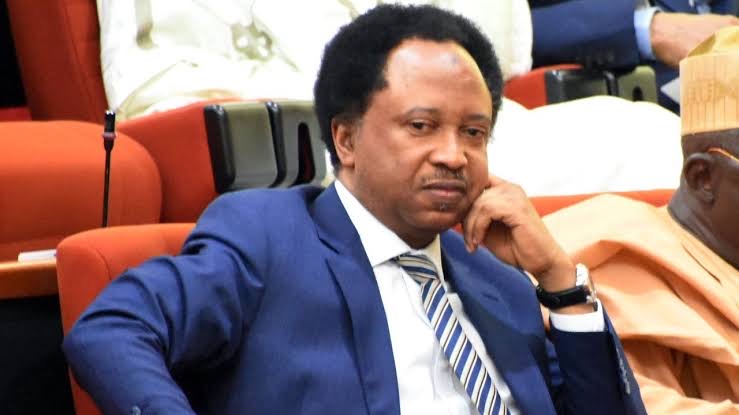 Mr Musa was testifying on Thursday as EFCC’s 12th witness in the ongoing alleged bribery charge filed by the commission against of Senator Shehu Sani following a complaint from Mr Dauda.

Mr Sani was arraigned by the EFCC on January 27, 2020 on a two-count charge bordering on criminal misrepresentation, obtaining money by false pretence and bribery.

The commission alleged that Mr Sani collected $25,000 from Mr Dauda to bribe some senior judges and Mr Magu in an alleged case involving Mr Dauda.

Mr Musa, a police officer said: “Sani told Dauda that he had met with the CJN who said he will need N1 million to bribe four judges who will entertain the case against the ASD motors chairman.

“Dauda said he transferred N5 million to a bureau de change and 13 thousand dollars was sent to him.

“He said he had some money on him and he gave Sani 15 thousand dollars.’’

The witness said Mr Dauda also told him that Mr Sani returned on December 20, 2019 and asked for more money for the prosecutor.

“Dauda told me that Sani said the EFCC chairman (Magu) also needed something as well.

“He said after he gave the money to Sani, he stopped taking his calls and also ignored his text messages.

“Dauda said he met Magu on board a plane from Dubai and reported the matter to him.

“This is what the complainant told me,’’ the witness said.

The witness said the former chairman instructed him to take Mr Dauda’s statement.

He said that when the former senator eventually reported to the EFCC office, he was detained and his phones were taken from him.

The witness also told the court that as part of their investigations, both the mobile phones of Messrs Sani and Dauda were sent to their laboratory for forensic evaluation.

He said the evaluation revealed that there was communication between them and there were also withdrawals and deposits made.

He added that Mr Sani agreed that he visited the complainant but denied collecting money from him.

Under cross examination, the witness told the court that Mr Dauda brought $25,000 to the EFCC, saying Mr Sani returned the money to him.

He said that the complainant did not tell him if there were witnesses when he gave the former senator the money or when the money was returned to him.

The witness also told the court that he interviewed Mr Magu although he did not write down his statement.

The witness was shown a profoma invoice which he identified as being for the purchase of a Peugeot 508 saloon car from ASD Motors.

The trial judge, Inyang Ekwo, adjourned the matter until November 15, 16 and 17 for continuation of trial.