Ministers seeking elective poltical offices in the 2023 general elections have resigned their portfolios and had a farewell meeting with President Muhammadu Buhari. 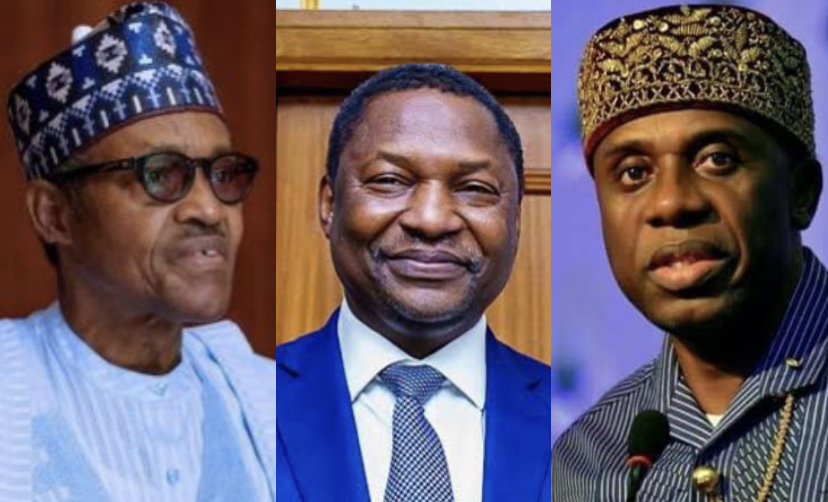 A composite of Muhammadu Buhari, Abubakar Malami and Rotimi Amaechi

Ministers seeking elective poltical offices in the 2023 general elections have resigned their portfolios and had a farewell meeting with President Muhammadu Buhari.

The meeting was announced by Tolu Ogunlesi, special assistant to the president on digital media, on Twitter.

“President Buhari hosting outgoing Ministers this morning, at the State House. #AsoVillaToday. Nine (9) Ministers attended this valedictory meeting with President Buhari. One Minister, who was the first to resign, was absent,” Mr Ogunlesi tweeted.

On Wednesday, the meeting came on the heels of Mr Buhari’s directive, directing all ministers, ambassadors, and political appointees seeking elective offices to resign their appointments.