President Muhammadu Buhari has justified his regime’s decision to spend $1.9 billion on a rail project to the Niger Republic, saying he has family members there. 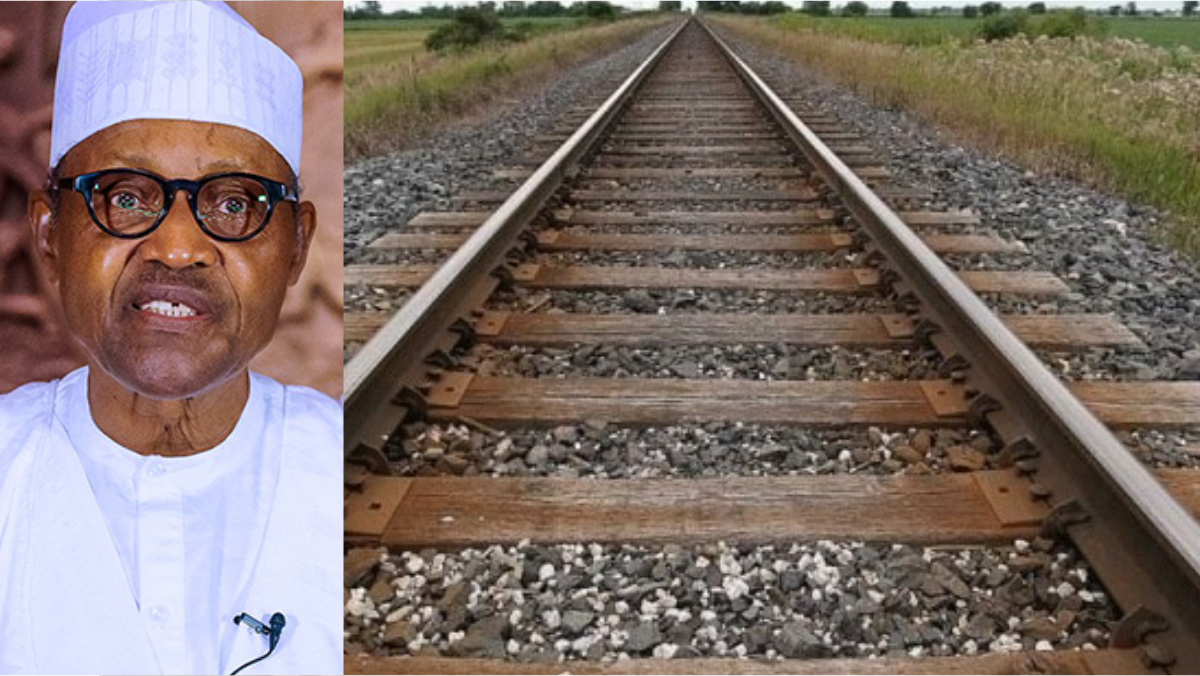 A Composite of Buhari and railway used to illustrate the story

President Muhammadu Buhari has justified his regime’s decision to spend $1.9 billion on a rail project to the Niger Republic, saying he has family members there.

Mr Buhari, while speaking during an exclusive interview broadcast on Arise TV explained that his regime’s decision to build rail lines from Kano to the country was to allow his Nigerien relatives easily have access to Nigeria.

“I have cousins, family members, etc., in Niger Republic. I shouldn’t just cut them off,” Mr Buhari said.

He also cited transportation of oil from the neighbouring country to Nigeria and job creation as other reasons for constructing the rail line.

Mr Buhari’s regime in January signed a Memorandum of Understanding with the construction firm, Mota-Engil Group, for the project, which was approved by the Federal Executive Council last September.

Mr Buhari was widely criticised for the project amid the country’s financial crisis.

Concerns were also raised as to why Nigeria will bear the cost of a project meant to boost bilateral trade between the two countries.

In defence, transport minister Rotimi Amaechi explained that the rail line, expected to travel through Kano, Kastina and Jigawa in Nigeria’s North-West to Maradi in the Niger Republic would enhance bilateral trade and position Nigeria as a commercial hub for Niger.

Charlie Robertson, the chief economist at the emerging markets investment firm, said the $1.9 billion standard gauge rail project designed to link Nigeria with Niger was unlikely to yield any profit.