Mr Buhari is a national hero who regularly pays federal civil servants’ salaries, unlike state governors who run to him for loans to settle salary arrears. 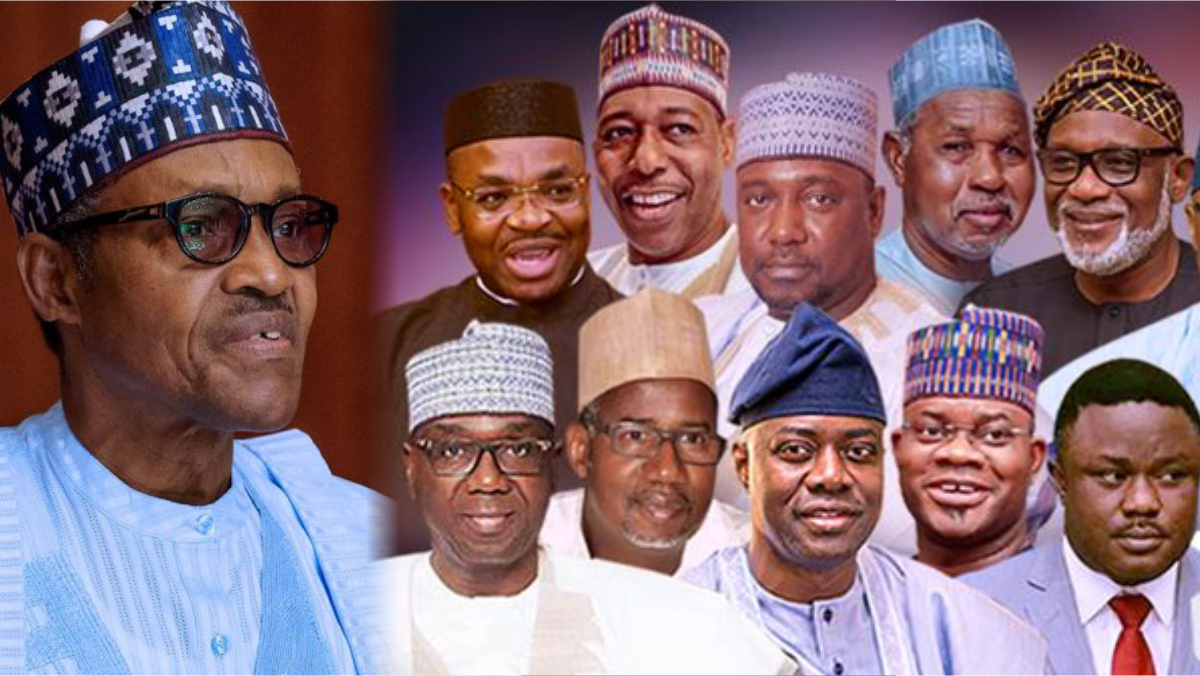 President Muhammadu Buhari has given loans in excess of N1.682 trillion to governors across Nigeria, says the Presidency.

This was disclosed in a statement by presidential media aide Garba Shehu excoriating Governor Samuel Ortom of Benue as a failed politician with a penchant for taking loans from the federal government.

According to the Presidency, Mr Buhari is a national hero who regularly pays federal civil servants’ salaries, unlike state governors who run to him for loans to settle salary arrears.

“This is a president who has not failed to pay the salary of those working for the federal government and declared the failure of states to do so ‘a national disaster’,” said the statement. “To avert this, he had, at various times, lent money to the states in excess of N1.682 trillion.”

Singling out Governor Samuel Ortom of Benue because of his latest tirades against Mr Buhari in a recent ARISE TV interview, the Presidency stated that “Mr Ortom’s state did not miss out on all occasions: salary bailout, excess crude loan and budget Support loan, each repayable in 20 years.”

An upset Presidency slammed Mr Ortom, “an officeholder who collected on all occasions,” as holding the country’s “longest record of unpaid salaries and pensions,” as having no reason, “absolutely no reason,” to blame Mr Buhari “for the mess in which he put his state and its workers.”

Providing a summary of Mr Ortom’s borrowing spree, Mr Buhari’s regime explained that “having first come claiming that his predecessors created the arrears, it was his business to prove that he was better by paying.”

“Instead of doing that, he joined them! And while he runs up even further salary and pension debts on top of those he was bequeathed, instead of respecting the voters who elected him to office,” noted the Presidency, “he publicly attacks them in unprintable words and has raised his own thuggish militia to harass and violate them.”

Further denigrating the Benue governor, the Presidency described Mr Ortom as one of the politicians “who offer excuses for the challenges voters face.”

“Governor Samuel Ortom, officeholder, is that other politician. He inherited unpaid salaries and pension arrears – and rather than find a way to raise the funds to pay them, he has blamed the president,” the statement pointed out.

It added, “The governor now claims the voters wish to be ‘rescued by the PDP’ and ‘regret voting for Buhari’…It seems unlikely, however, that any voter would seriously consider it possible to be ‘rescued’ by a party that would today, allow a politician such as Governor Ortom in its ranks.

“What is certain, however, is that Nigeria has had enough of failed politicians who blame others as a diversion for their inability to improve citizens’ lives.”