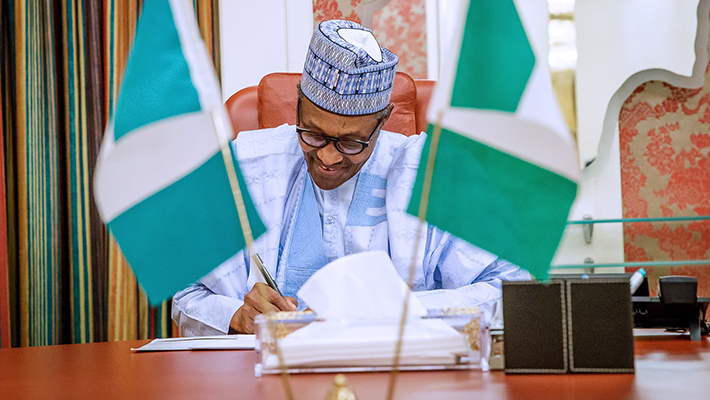 The request, which was contained in an August 31 letter, was read at plenary by Senate President Ahmed Lawan.

Mr. Buhari said the request for the confirmation of the eight Justices to the Supreme Court was carried out in line with the provisions of section 231(2) of the 1999 Constitution and the advice of the National Judicial Council.

The letter reads: “Pursuant to section 231(2) of the 1999 Constitution of the Federal Republic of Nigeria (as amended), and upon the advice of the National Judicial Council.

In another request to the Senate on September 14, Mr. Buhari requested the confirmation of appointment of the chairman, and commissioners of the National Population Commission.

“In accordance with the provision of Section 154 of the 1999 Constitution of the Federal Republic of Nigeria (as amended),

” I write to forward for confirmation by the Senate, the under listed names of 12 nominees as Chairman and Commissioners of the National Population Commission.

In a third request, President Buhari sought the confirmation of Ambassador Muhammad Haruna Manta and Yusuf Yunusa as Non-Career Ambassador-Designates.

Mr. Buhari noted that the appointment of both nominees serve as replacement to his earlier submission, wherein he nominated Air Commodore Peter Ndabake Gana (Rtd) and Yusuf Mohammed, from Niger and Yobe, respectively.