Mr Buhari gave this order in the wake of the catastrophic explosion that led to the death of about 100 people in Imo on Friday night. 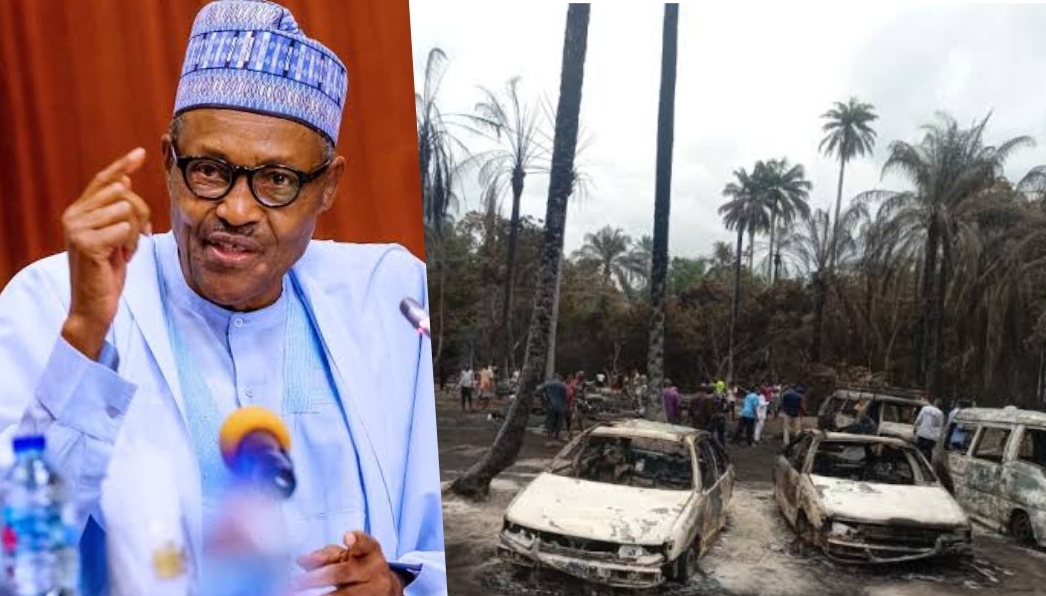 President Muhammadu Buhari has ordered Nigeria’s security agencies to clampdown on illegal refineries across the country.

Mr Buhari gave this order in the wake of the catastrophic explosion that led to the death of about 100 people in Imo on Friday night.

The president in a statement by Garba Shehu, his media aide, on Sunday, described the explosion as a “catastrophic national disaster.”

Illegal refineries have become ubiquitous in oil-bearing communities around Nigeria’s Niger Delta. The criminal trade is bouyed by the inability of local government refineries to operate for years and the skyrocketing cost imported fuel.

Billionaire businessman Tony Elumelu and popular preacher Enoch Adeboye recently alleged that over 90 per cent of the country’s crude are being stolen.

Mr Buhari stated that the sponsors of illegal refineries must be held accountable for the loss of lives and property, adding that they must all be caught and brought to justice.

He further urged community leaders, police, and the secret police to ensure that such tragic incident never occur again in any part of the country.

Explosion rocked an illegal refinery at Abaezi community in the Ohaji-Egbema Local Government Area of Imo State on Friday night, killing at least 100 people. During the incident, six vehicles were also destroyed, leaving the community in a deep state of mourning.