Mr Buhari presided over the cabinet meeting where N8.6 billion was approved for construction of a vaccine laboratory and purchase of test kits for HIV/AIDS and Syphilis. 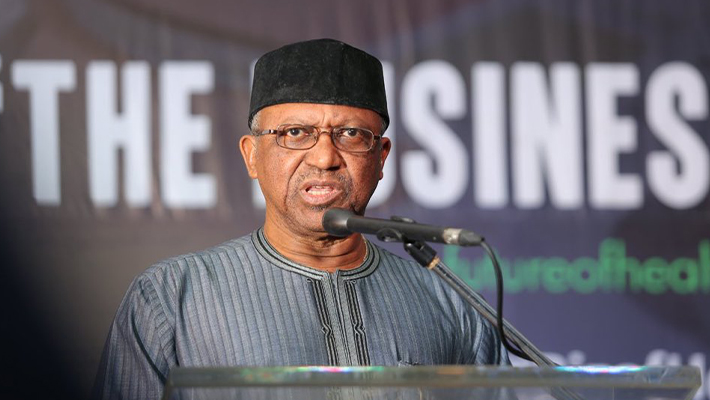 The Federal Executive Council (FEC) on Wednesday approved N8.6 billion for the construction of vaccine laboratory, text kits for HIV/AIDS and procurement of medical equipment.

This was disclosed by health minister Osagie Ehanire shortly after the Council meeting chaired by President Muhammadu Buhari in Abuja on Wednesday.

Breaking down the approved expenditure, Mr Ehanire said N3.06 billion of the amount will be spent on the construction of vaccine laboratory, N1.2 billion for laboratory equipment while N4.3 billion will be used in procuring text kits for HIV/AIDS and Syphilis.

“The Ministry of Health presented three memos, which were all approved.

One of them was for the procurement of test kits for HIV/AIDS,” the minister explained.

“As you all know, Nigeria has succeeded in driving down the HIV prevalence from 3 per cent to 1.3 per cent.”

Mr Ehanire said with the nationality indicator and the impact survey carried out recently, the government was ready to conduct more tests, particularly of mothers who may be carrying HIV that could be passed on to their unborn children.

“That’s sort of called the prevention of mother to child transmission and also without routine tests that will be done on people who may have absolutely no symptom at all, but are carrying HIV virus.

“So, these test kits we are procuring and we’re also including those test kits that can also detect syphilis.

“Syphilis as you all know is another sexually transmitted disease.

So, this memo was presented today and passed by the Council,” said the minister.

He further stated that the Council approved two other memos from the National Agency for Food and Drug Administration and Control (NAFDAC).

“One of them was a memo that was meant to buy equipment for six laboratories in the country and the memo was also passed without any question.

“It’s to update and upgrade the laboratories of NAFDAC,” he added.