The wanted persons are notorious bandits/terrorists that have been terrorising Katsina, Sokoto and Zamfara States. 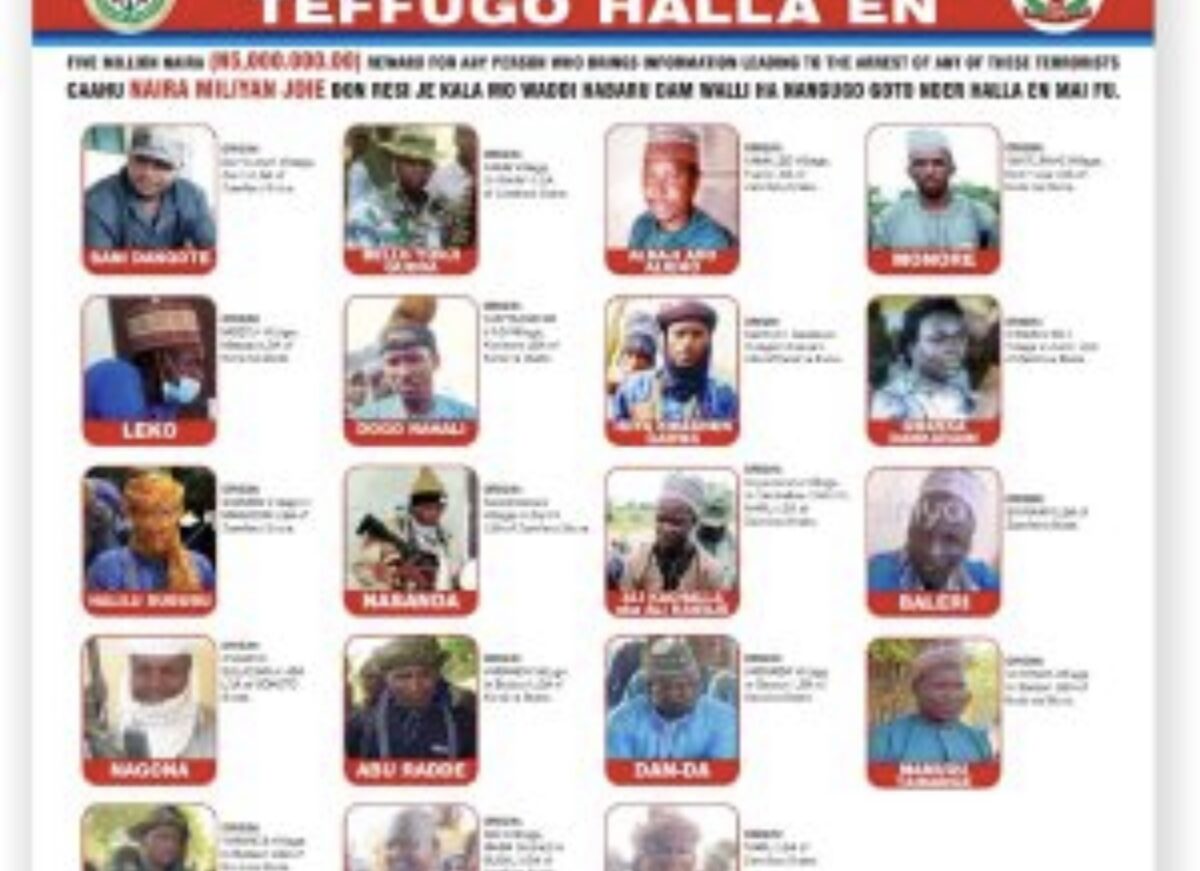 The Defence Headquarters on Monday declared 19 terrorists wanted and placed N5 million bounty on each of them.

The details of the 19 terrorists are contained in a poster released by the Director, Defence Information, Maj.-Gen. Jimmy Akpor, on Monday in Abuja.

The information on the poster revealed that the N5 million cash reward is for anyone who could provide information that could lead to arrest of any of the terrorist.

The wanted persons are notorious bandits/terrorists that have been terrorising Katsina, Sokoto and Zamfara States, it said.

The wanted terrorists are Sani Dangote who hails from Dumbarum Village in Zurmi LGA of Zamfara, Bello Turji Gudda from Fakai in Zamfara, Leko from Mozoj Village in Mutazu LGA of Katsina, Dogo Nahali from Yar Tsamiyar Village in Kankara LGA of Katsina;

The DHQ urged anyone with any information on the wanted terrorists to call 09135904467.