The government has insisted that generous offers were made to the university union, accusing its leaders of exhibiting selfishness at a protracted detriment to university students. 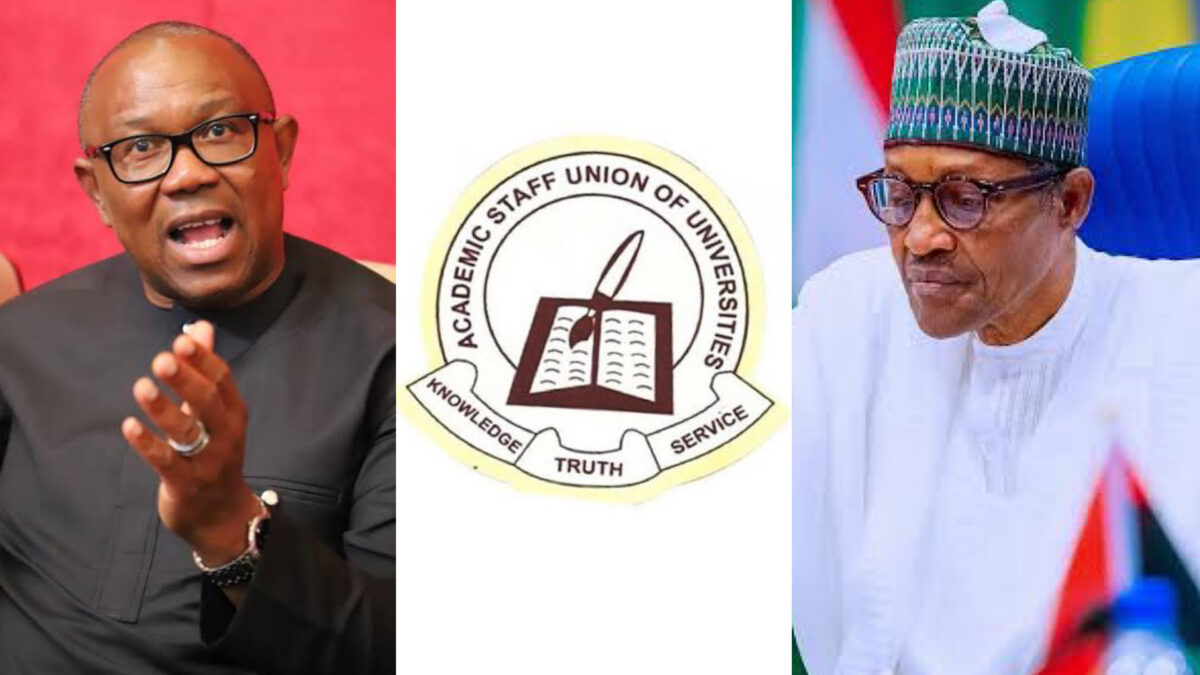 Presidential candidate of the Labour Party, Peter Obi, has slammed the Buhari administration for not negotiating with the Academic Staff Union of Universities (ASUU) in a way that fosters mutual confidence between both parties.

Mr Obi spoke in an interview with Vanguard Newspaper, where he added that the Federal Government had not earned the pity it craves because it has not shown commitment to the agreement signed in 2009. He explained that the rigidity of unions facing Mr Buhari speaks to the weakened relationship between the parties due to distrust.

“Look, this was an agreement signed in 2009, and you’ve not been paying; everybody will be adamant on full release.  It’s like somebody you’ve starved of food for a long, and it is your duty to provide food.  Now, you say you want to provide the food, and you’re bringing what we call ‘swallow’ without soup and saying, be thankful first.  Things don’t work that way.

“Once you sign an agreement, there must be an effort and intention to redeem the agreement. There must be engagement in a trust-like manner,” he said.

“The relationship between both parties is very weak.  If you have an agreement with somebody, even if it cannot be achieved 100%, 100% effort is still required.  So, trust is important.  Usually, governments don’t achieve everything globally; but you can see 100% effort being put in.

“You can see intention, commitment to fulfil that agreement.  That is what has been lacking, and you see us going into all sorts of agreements, and policy formulation without regard to implementation.  If people see the effort, they will shift ground.  But when they do not see hope, they become rigid.  That’s where we are now,” he said.

Since February, universities have been shut down nationwide owing to the strike action by university lecturers who are protesting the non-payment of Earned Academic Allowance (EAA), the continued use of the Integrated Personnel Payroll Information System and demanding the adoption of their choice of payment system Universities Transparency and Accountability Solution (UTAS), among others.

The government has insisted that generous offers were made to the university union, accusing its leaders of exhibiting selfishness at a protracted detriment to university students across the country.